The meat industry has not received enough credit for delivering higher prices to farmers in recent years, according to ABP’s Chief Executive, Paul Finnerty. 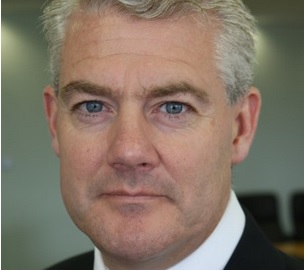 According to the boss of Europe’s largest beef exporting company cattle prices today are 40% higher than they were five years ago.

“If you look at milk at best it has flat lined over the last five to 10 years,” he said.

Speaking following the announcement of a significant beef deal between ABP and US-based food distributors Sysco, Finnerty said, while there was a lot of negativity in the system last year around cattle prices, it had gone up 40%, came back 10% in terms of prime cattle and has subsequently gone up by closer to 15%.

“I think over the last five years the meat industry has done a very good job – a better job than it gets credit for.

“We are at very high levels relatively to where we were three to four years ago. That’s on the back of doing a better job of selling product into the markets we work into,” he said.

Opening of US market vital

According to Finnerty, it is vital that Ireland have access to the best markets in the world.

“It’s only if we have access to premium markets that we are able to sell what is a premium product at the top end of the market.”

Pointing to the fact that the US is the biggest beef market in the world, he said, there is a small niche in the US that craves the product we have to sell which is grass-fed beef.

“We take that for granted at home,” he said.

He said at the moment in US retail 3-5% of what’s sold is ‘grass fed’. However, he also said consumer research has shown that approximately 9% of the population would like to buy grass fed product.

“So there is huge growth potential there and that is precisely the space we want to be in.

“What it means for the farmer is that the better job we are able to do in what we sell the higher vale there is in the chain.”