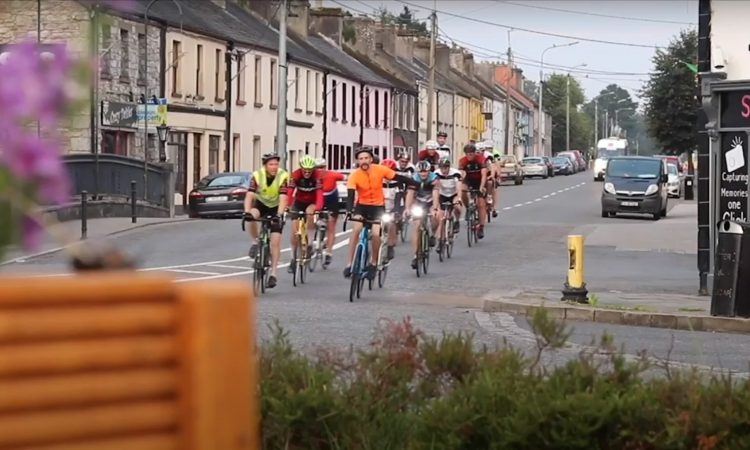 Having battled Storm Ellen and the stretches of road between Mallow and Rathmore and Killarney to Newcastle West in the dark, with the wind and rain beating in their faces, the Mayo Ultra Cyclists are still accepting donations, with €78,000 currently in the coffers.

Friday (August 21) saw a wrap for the 32-county 1,900km charity cycle which returned to Swinford an hour ahead of schedule.

The group of adventure cyclists undertook the gruelling six-day challenge in memory of James Alexander Moore who was cared for in CHI at Temple Street, Dublin.

While the vagaries of Irish weather 2020 style may have provided the low points of the mammoth fundraiser, Alan Heaney of Mayo Ultra Cyclists said that a real high-point was meeting farmers along the route who cycled a few hundred kilometres with them.

“We also met GAA pundit Joe Brolly and James Alexander Moore’s family in Monaghan. It was also memorable to meet the nurses and doctors on the steps of Temple Street,“ Alan said.

“It was also fantastic to see all of Ireland’s beautiful landscape – the mountains, rivers, valleys and lakes, with animals out grazing. People waved us along the way with their flags and banners. It was great to be cheered on the whole way,” he said.

The approach of Storm Ellen made for a headache but the cyclists were determined to ride out the storm.

“On Wednesday evening as the storm was approaching the south-east, we were heading towards New Ross. At the end of the day’s cycle, around 10:00pm, I was very concerned that the storm would not pass before it was time for us to get back on the road, about 6:00am,” Alan recalled.

“I stayed up a lot of that night, doing weather checks. There was a point where I felt we may have to abandon the cycle due to health and safety concerns.

“However, I also knew that it would not be easy to stop the cyclists from continuing. They are a very strong – physically and mentally – bunch of athletes and I just prayed the storm would pass.

Despite the debris and branches that were on the road, we were able to proceed. The gusts had died down but the rain was absolutely torrential.

The six cyclists were “absolutely overwhelmed” by the generosity of: the agri industry; animal health companies; co-ops; pharmaceutical companies; agri merchants; and the wider farming community, Alan said. “They donated tens of thousands of euro to our special causes. It was a privilege to be part of an agricultural sector that is so decent in difficult times.

“As farmers contend with Covid-19, Brexit, falling commodity prices and difficult weather conditions we are so grateful of the support they gave us.

We are also hugely appreciative of our sponsors: AgriLand, which kept the story alive, highlighting our day-to-day progress; my own company EFS; and Lely Centre, Mullingar for their support and donations to date.

“It was an honour and a privilege to do the cycle in memory of James Alexander Moore who recently passed away.”

Donations can still be made on the cyclists’ fundraising page here.

“We thank his parents, Simon and Heather, for their welcome at Scotshouse, Monaghan,” he said. “We look forward to doing something bigger and better next year,” Alan concluded. 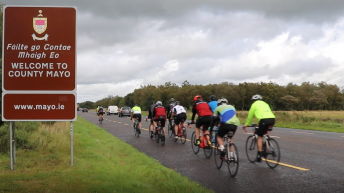