Milk production in the EU increased by 3.3% between January and June 2016 compared to the corresponding period in 2015, the latest figures from the EU’s Milk Market Observatory (MMO) show.

Comparing production in the first five months of the year to the first six, this is a decrease in milk production of 2.2%.

While production appears to be waning in other EU countries, milk production in Ireland, Belgium and the Netherlands has continued to increase – albeit at a slower pace than this time last year. 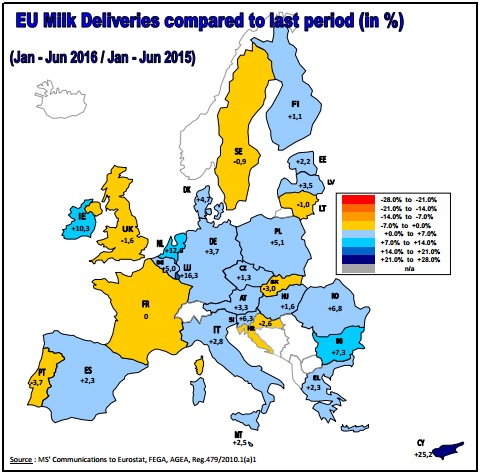 The latest figures from the Central Statistics Office (CSO) show that Irish processors took in approximately 856.2m litres in June 2016, which was 4.5% above the corresponding 2015 figure.

Figures from the MMO show that Irish milk production was up 10.3% in the six-month period between January and June 2016.