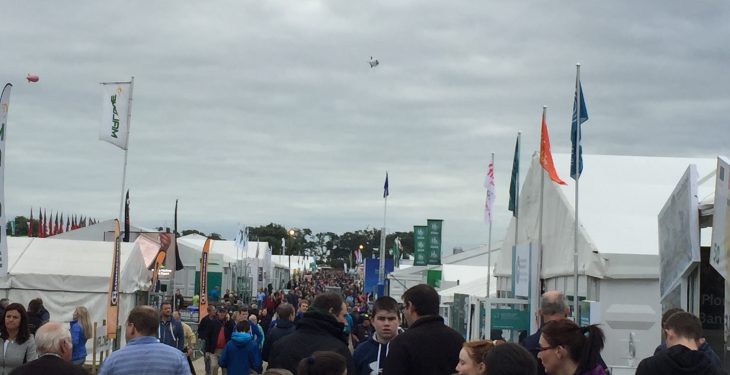 With the National Ploughing Championships kicking off today (Tuesday, September 19), mixed weather is expected for the busy day ahead, according to Met Eireann.

It is forecast to be mostly dry this morning but it will be generally cloudy with a few patches of mist and drizzle developing, mainly in Atlantic coastal counties.

Patchy rain will develop in western counties this afternoon and spread eastwards in the evening, but rainfall amounts are expected to be small and some parts of the east will hold dry.

Focusing in on Leinster for the ‘Ploughing’ in Screggan, Tullamore, Co. Offaly, Met Eireann expects some bright or short sunny spells today, but some cloudy, misty periods also. A few spots of drizzle may occur at times, but it will remain dry for the most part.

Top temperatures will be 15° to 18° in freshening southerly winds, which will increase to strong later on western coasts.

Tonight is predicted to be breezy, misty and mostly cloudy, with scattered patches of light rain and drizzle expected.

Heavier and more persistent rain will develop along the west coast towards midnight and will extend gradually eastwards, according to Met Eireann. Some hill and coastal fog is also on the cards, especially along southern coasts where the visibility will be quite poor. It will be mild overnight, with lowest temperatures of 11° to 13° in fresh-to-strong southerly winds.

Moving on to tomorrow’s weather, it will be cloudy and misty with widespread rain and drizzle, with the rain heavy in places.

A clearance will develop in western areas later in the day, with some sunshine breaking through towards evening. Top temperatures will be 14° to 17°. Brisk southerly winds will veer west-to-northwest and ease during the morning.

Map: Find your way around the ‘Ploughing’ site with ease 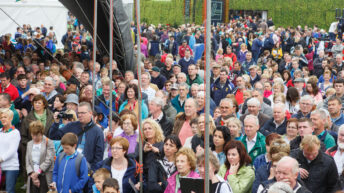