There has been a steep fall in the number of cattle exported from Ireland by live export means so far this year, recent figures from Bord Bia show.

According to Bord Bia, live cattle exports for the year to the week ending August 6 have declined by 25% or 33,181 head compared to the same time in 2015.

All of the major categories of Irish cattle have posted a decline in export numbers, but calf and finished cattle exports have been hardest hit.

Figures from Bord Bia show that nearly 14,000 fewer calves have been exported from Ireland so far this year, while finished cattle shipments have declined by just over 15,000 head. 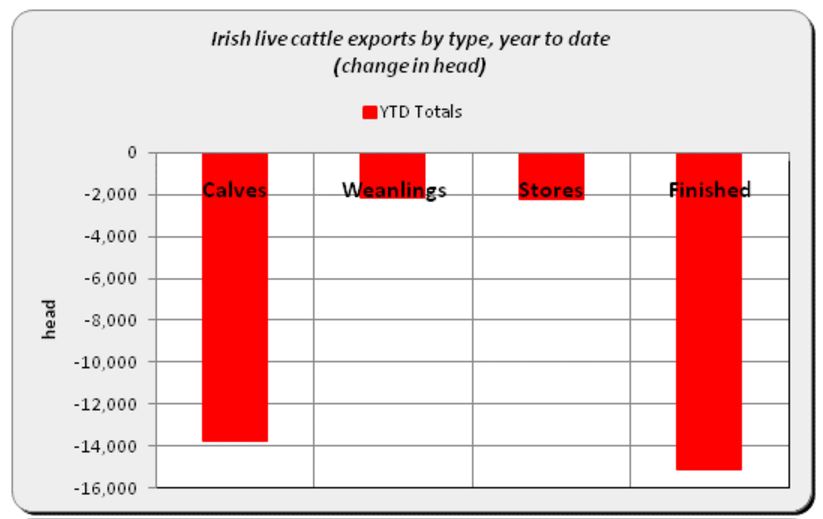 Live-cattle exports to the UK fall 52%

Figures from Bord Bia also show that there has been a fall in the number of Irish cattle shipped to the UK so far this year, with exports back by 52% or 19,374 head on 2015 levels.

Earlier in the year, Bord Bia blamed a weaker Sterling and a high Irish store price for the fall off in the number of live-cattle shipments to the UK and trend to appears to have continued.

The UK is a major destination for Irish forward store and beef cattle and a weaker Sterling is likely to have played a role in the reduced number of Irish cattle shipments to the UK so far this year.

Official figures also show that there has been a fall in the number of cattle shipped to the Netherlands, with exports down by almost 17,000 head on last year.

According to Bord Bia, the majority of Irish-cattle exports to the Netherlands are in the form of calves and higher calf prices in marts this spring is the likely cause of the fall in exports this year.

However, Spain is another key market for Irish calves, but figures from Bord Bia show that cattle exports to Mediterranean state have jumped by almost 5,700 head or 20.8%. 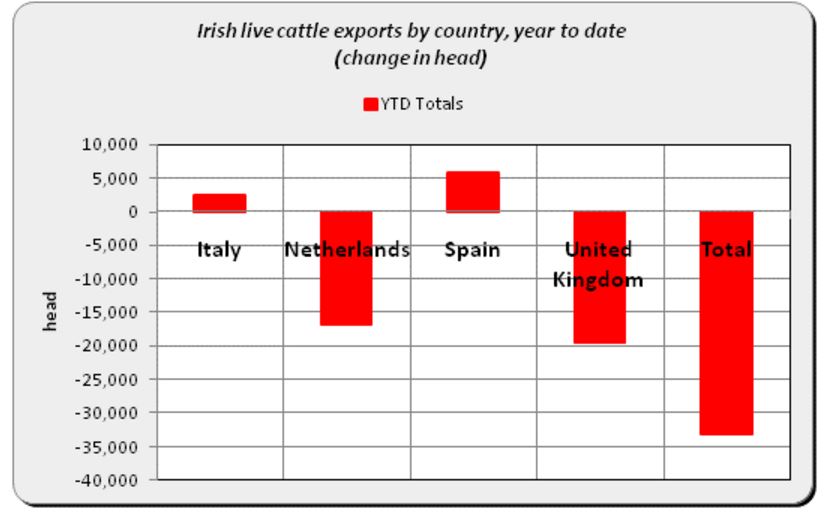 Cattle marts: 'If exports don't pick up we could be in for a very dull autumn'