Lidl and Aldi have been accused of gross hypocrisy by slashing the price of fresh produce below the cost of production while claiming to support Irish growers by IFA National Chairman Jer Bergin.

Bergin was addressing a protest at Lidl and Aldi stores in north Dublin today.

He said that reducing the shelf price of some vegetables and potatoes to as low as 29c sends a very misleading message to consumers.

“I want to nail the lie that vegetable and potatoes can be sold way below cost without hurting Irish growers and ultimately driving them out of business.” 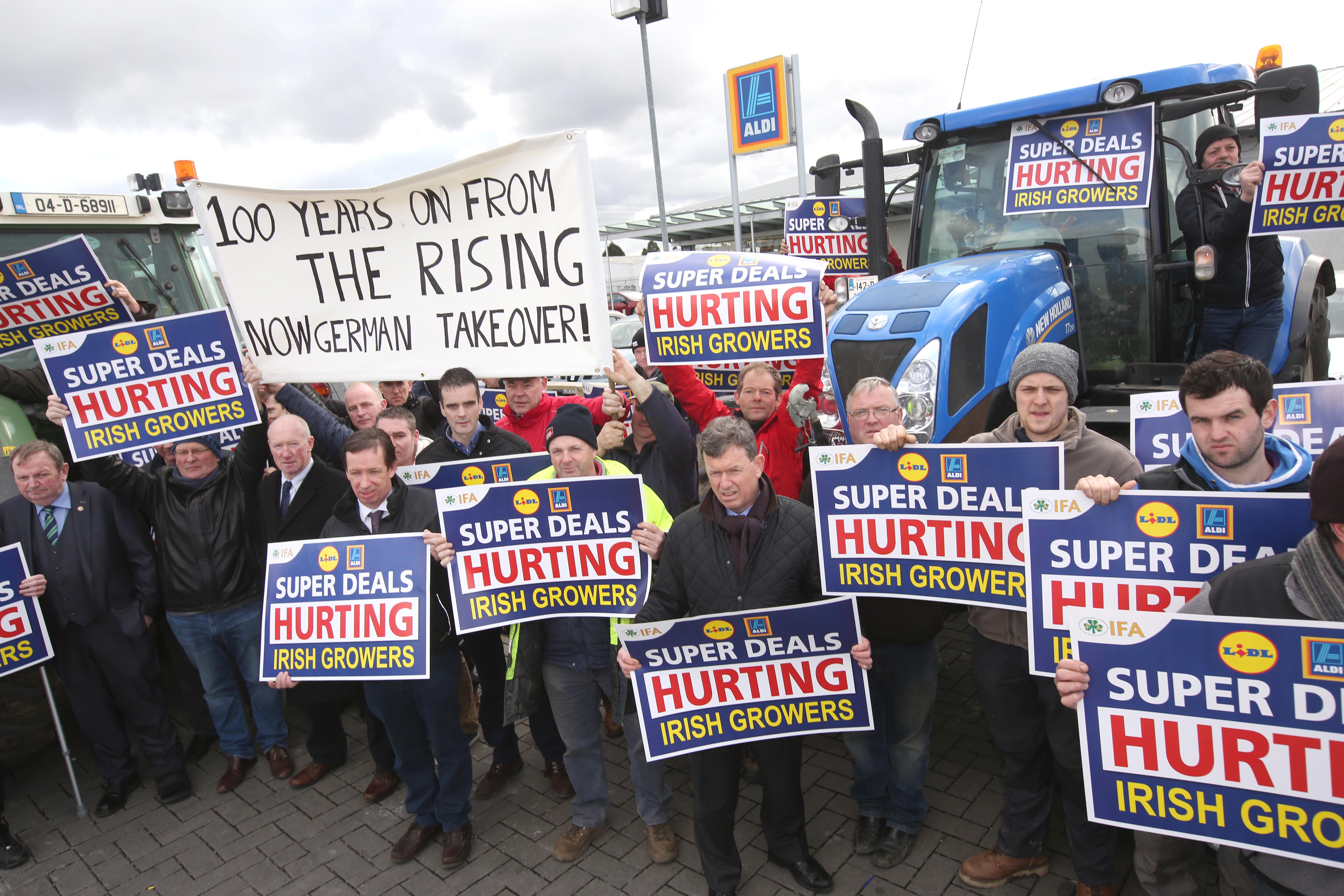 The IFA protest outside Aldi and Lidl in Finglas.

“The use of below-cost selling as a tool to drive footfall seriously distorts the market for all Irish vegetables and ultimately undermines Irish production and the financial viability of our specialist growers.

“These growers have invested hugely in their farm businesses to supply Bord Bia Quality Assured Irish fresh produce for consumers. Their sustainability cannot be taken for granted.”

Bergin said claims by supermarkets that they bear the entire cost of these ‘giveaways’ are disingenuous and not borne out by the facts.

“This continuous downward pressure and market destabilisation on fresh produce is threatening the livelihoods of local growers that are part of an indigenous sector which is worth over €350m per annum to our economy.”

The IFA National Chairman said that Competition and Consumer Protection Act totally neglected to address the issue of below-cost selling. 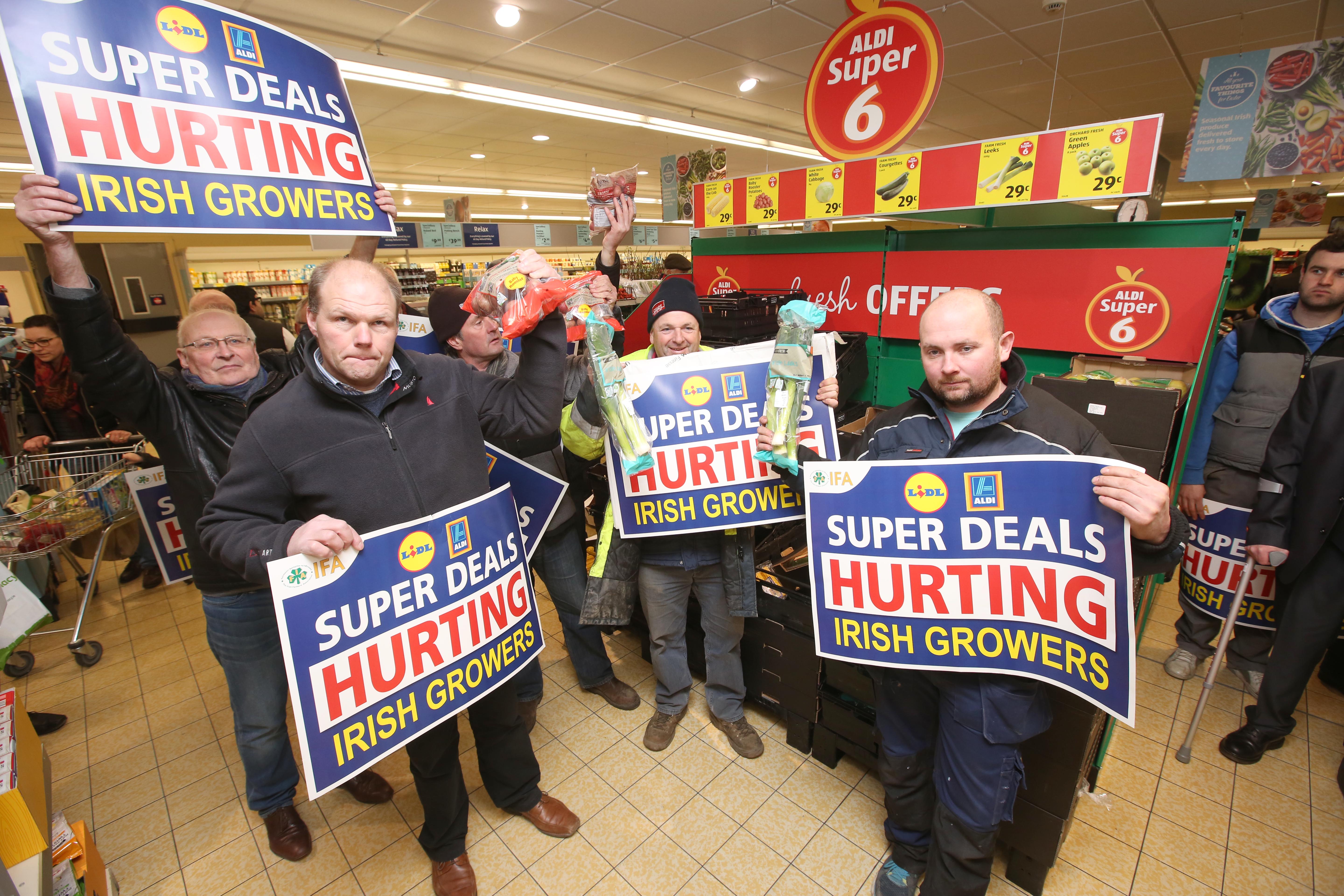 The IFA protest at Aldi and Lidl in Finglas.

Bergin said the next Government could not simply stand by and let the retailers have untrammelled powers which damage farmers and growers.

“We have to see an independent Ombudsman in place who can effectively police retailers and enforce the legislation.”

Ironically, legislation exists in Germany, the headquarters of the two retailers, which outlaws this practice of below-cost selling.

“Growers are fed up that they quality product from their investment and hard work is used as cannon fodder in the war of attrition between the major multiples.

“The fresh produce sector is in ongoing decline and we will not allow the industry to be decimated by crude price-cutting tactics, which perpetuate the lie that below-cost selling has no consequences for producers and growers.

“Supermarkets are quick to use local individual growers for promotion, but that belies the real situation where Irish growers are being pushed out by unsustainable prices in the vegetable sector.

“Below-cost selling is also damaging locally-owned greengrocers and wholesalers and contributes to overshopping and food waste,” he concluded. 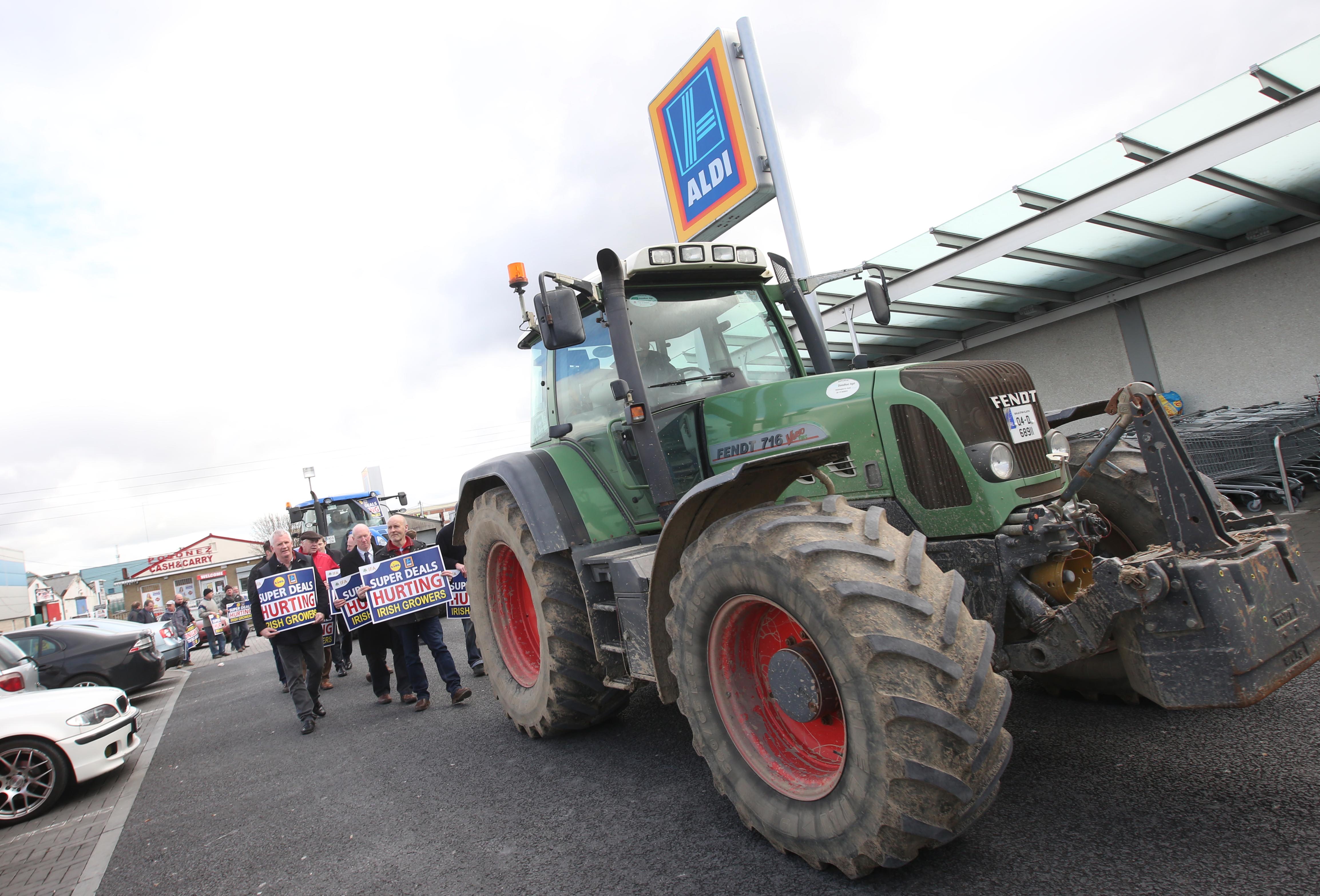 The IFA protest outside Aldi and Lidl in Finglas.