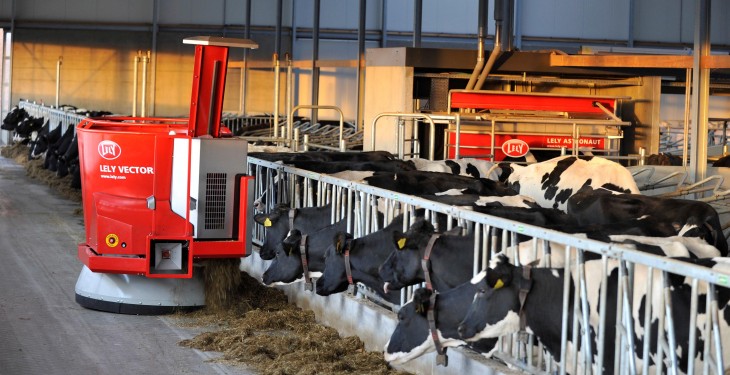 The latest version of the Lely T4C management system provides reports that offer more insights into feed costs in relation to milk and meat production.

According to Lely, by making the relevant information easily accessible and understandable, dairy and beef cattle farmers are more in control of their feed management process.

Minimum feed losses and rest feed have a positive impact on the margin of feed, which Lely stated, results in a higher profit for the farmer.

Key performance indicators from Lely such as average feed intake per day and per animal are helping dairy as well as beef cattle farmers.

The new reports give an overview of the fed ration and the costs for a specific animal group in a specific time frame.

Dairy farmers can, for example, easily check their feed costs per 100kg of milk and thus their feed efficiency.

Beef cattle farmers can check the average intake per group and monitor the total ration that is fed during an entire feed round.

According to Lely, dairy farmers with another milking system can create the same reports by easily entering their milk production figures.

Accuracy reports for the feed grabber, which loads the mixing and feeding wagon, help to reduce the difference in the calculated ration and the fed ration to a minimum, it stated.

Thanks to the improved Lely T4C management system, farmers are able to feed according to their cows’ needs, allowing them to excel in milk or meat production.