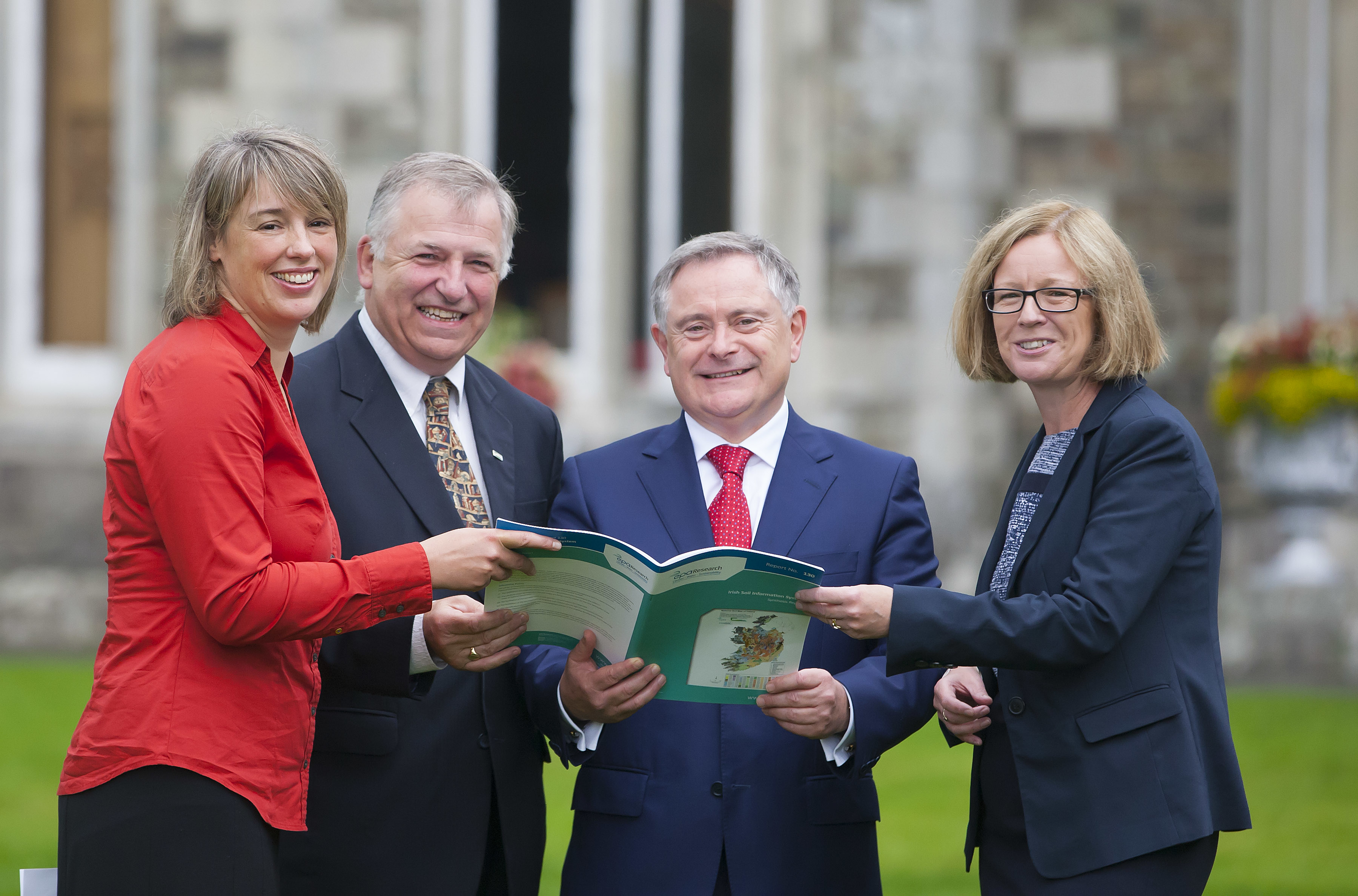 A harmonised soil map of Ireland with an associated web-based soil information system has been launched by Teagasc and the Environmental Protection Agency (EPA).

Freely available through a public web site, the Third Edition National Soil Map details the pattern and properties of all Ireland’s 213 soil types at a scale of 1:250,000.  The Irish Soil Information System is the largest research project funded by the EPA, with a total budget €4.8m.

Launching the Irish Soil Information System at Johnstown Castle, Co. Wexford, Professor Gerry Boyle, Director of Teagasc, said: “The publication of the Irish Soil Information System opens a new chapter for agriculture and for our environment. For the first time, after three generations of soil science, we have a complete picture of the diversity and properties of soils in Ireland. Figuratively speaking, this is equivalent to ‘the initial sequencing of Ireland’s soil genome’.”

According to Laura Burke, Director General, EPA, soils are an irreplaceable natural resource that provide ecosystem services, protect biodiversity and act as a major store of carbon.  “This work will help us understand how this resource can be sustainably managed and how it is impacted by the policy decisions Ireland makes.  The Irish Soil Information System forms a rich resource for the agricultural sector, researchers, educators and policy makers as they respond to the most significant challenges of our time: sustainable farming, water quality and Climate Change.”

Teagasc’s predecessor, An Foras Talúntais, was almost exclusively responsible for the first soil survey in the 1970s and 1980s, which mapped the soils of approximately half of the country. Their detailed county maps have been in great demand ever since from scientists, planners, local authorities and indeed farmers.

The Irish Soil Information System now brings this historic data and knowledge into the 21st century by adopting a unique methodology that combines novel digital mapping techniques with traditional soil survey application, in collaboration with colleagues at Cranfield University (UK), who piloted this technology.

The project manager Dr Rachel Creamer, Teagasc, said: “Using the historical data collected by An Foras Talúntais, we created soil-landscape models called ‘soilscape’ models: these allowed us to predict the soils in counties that had not yet been surveyed. We then conducted a traditional 3-year survey campaign to validate the predicted map in over 10,000 locations.”

The Third Edition National Soil Map will be crucial, not only for agriculture and research, but also for policy makers. Reamonn Fealy of Teagasc’s Spatial Analysis Group explained: “Knowledge of the spatial pattern and properties of soils will allow for more effective policy development and implementation. Already the Department of Agriculture, Food and the Marine is using the new maps to aid in the identification of new Areas of Natural Constraint. Similarly, the Soil Information System will facilitate more targeted and effective implementation of the River Basin District Management Plans, and will aid in progression towards Tier-3 reporting on greenhouse gas emissions. Improving the evidence base that underpins policy development will result in greater synergies between increased food production and environmental sustainability.”