Latest figures from Glanbia Ireland Ingredients limited (GIIL) show that as of August 23 it is 6.5% or 46 million litres over quota.

In its latest milk quota update as of August 23 it also outlines that Premier is also some 5.2% or 7.5 million litres over quota.

Latest figures from the CSO shows that domestic milk intake up 5.8% in July.

Domestic milk intake by creameries and pasteurisers was estimated at 690.3 million litres for July 2014. Year to date milk intake is now up 7.1% comparted to the same period in 2013.

Comparing the July 2014 milk produce figures with those for July 2013 shows that total milk sold for human consumption decreased by 3.8% to 38.0 million litres. Butter production was also up 20.4% to 20,100 tonnes. 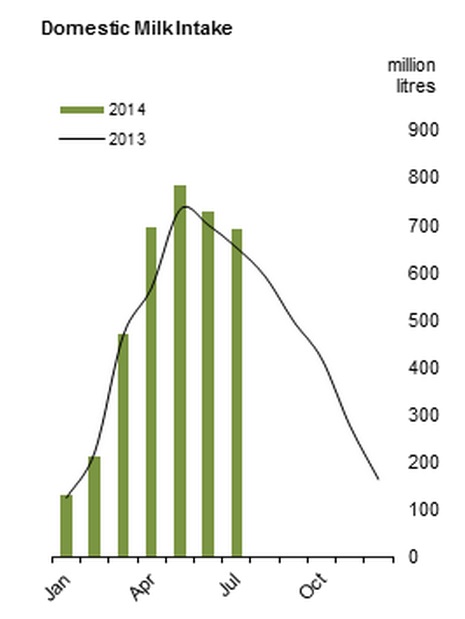