Standard output for farms in the South and East (SE) of Ireland was just over €50,000 which is more than double that of farms in the Border, Midlands and West (BMW) region in 2013, according to the CSO’s Farm Structure Survey.

According CSO statistics for 2013 released recently, standard output is the average monetary value of agricultural output at farm-gate prices.

The report indicates that the largest level of output was in the South-East region (€62,792) while the lowest was recorded in the West (€15,321).

The report also shows that over 30,000 farms have a standard output of less than €4,000, 60% of these farmers were located in the BMW region. 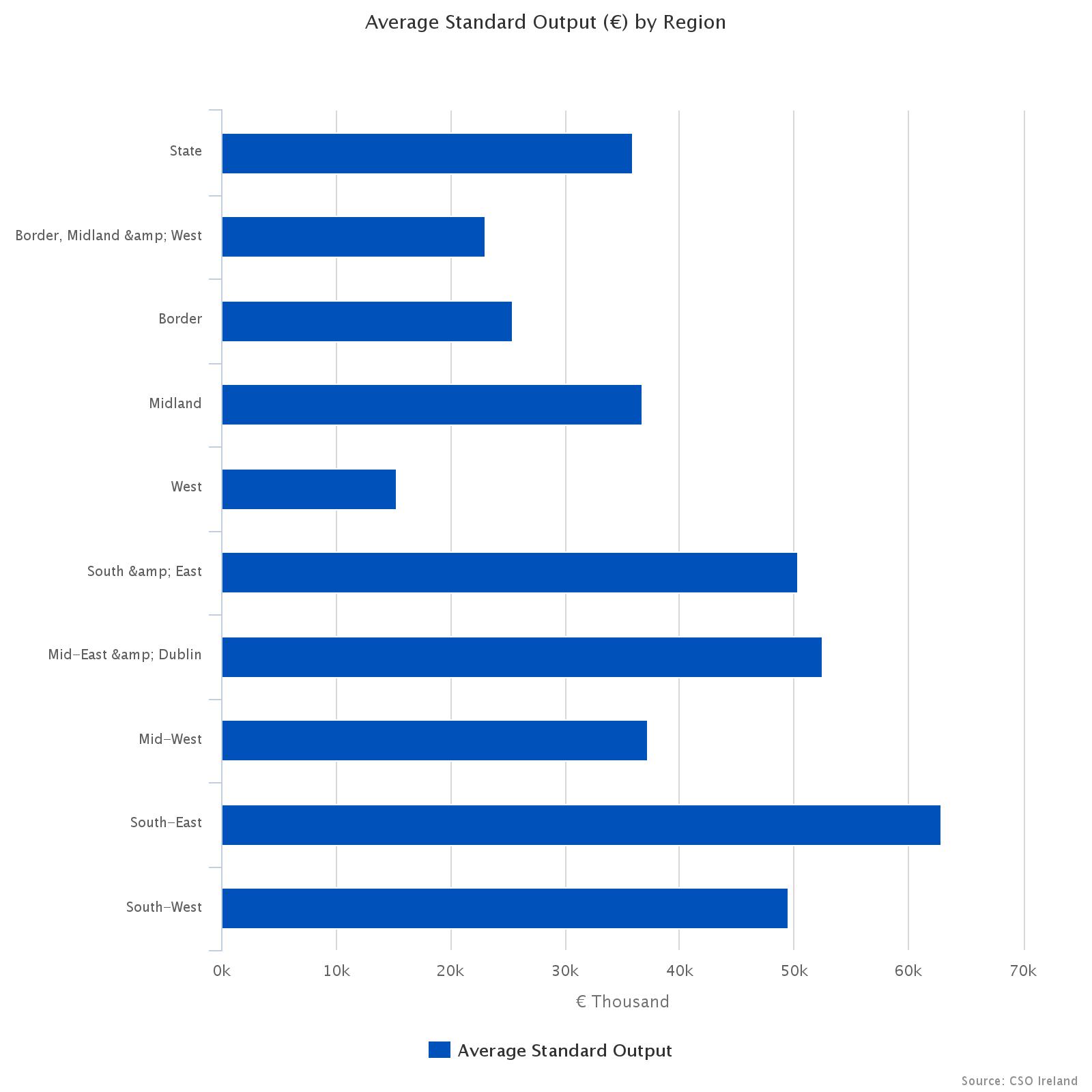 According to the CSO, the number of farms and the average farm size remained relatively stable between 2010 and 2013.

In 2013, there were 139,600 farms in Ireland with more than half located in the Border, Midlands and Western (BMW) region, says the CSO report.

The average Irish farm was 32.5ha, however, farms in the SE region were 42.4% larger than those in the BMW region, with average farm sizes of 38.6 hectares compared to 27.1 hectares respectively.

There was also wide variation in farm size as almost 18% of all farms were 50ha or more in size while 42.7% had less than 20 hectares.

The report from the CSO also indicates that over 60% of farms in the BMW region were 10ha or less while the SE accounted fro 72% of farms with 100ha or more.

Beef Production accounts for 50% of farming enterprises in 2013

The CSO’s Farm Structure Survey 2013 also indicates that specialist beef production continued to be the most common farm type and accounted for over 50% of all farm activity in 2013.

Specialist beef production was more common in the BMW region where it accounted for 62.9% of all farms, this farming production was carried out on 49.2% of farms in the SE region.

The majority of specialist sheep farms (67.3%) were located in the BMW region while the SE region contained almost 80% of specialist tillage (79.2%) and dairy farms (78.8%), says the CSO.

According to the CSO, the total amount of agricultural area (including commonage) in 2013 was just under 5m hectares, with 54% located in the SE region.

Almost 33% of the total commonage along with 53% of rough grazing was located in the BMW region.

The total land area excluding commonage was 4.536m hectares and the majority (81.4%) of this land was under grassland.

The SE region contained almost 80% of the total land devoted to cereals and over half of all grassland (54.7%). 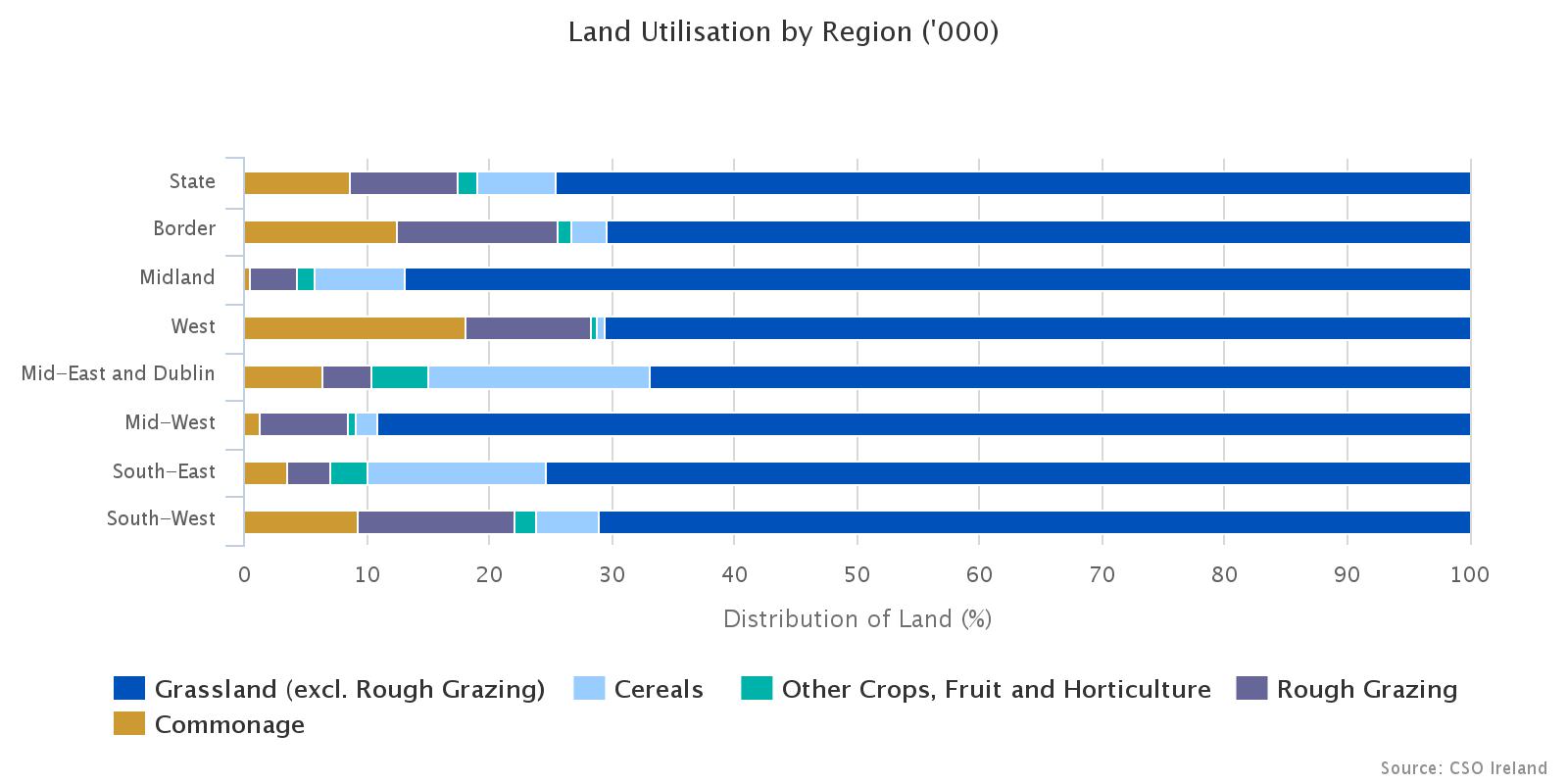 Subsidies account for 78.1% of farm incomes in some counties - CSO