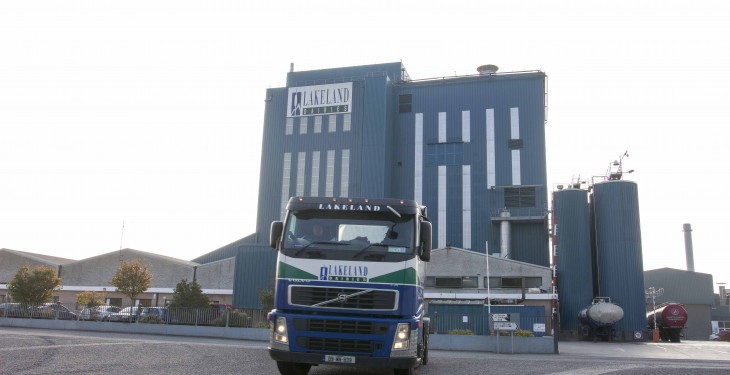 Last week, Lakeland Dairies announced that it would increase the milk price for October milk to 27c/L including VAT.

He said the Lakeland price is over 1c/L short of the Ornua PPI for October and, in the context of that and the fact that EU average dairy product returns for October would be equivalent to a 30c/L farmgate price, Lakeland suppliers justifiably expected more.

O’Leary said co-ops setting the price for October milk this week can, and must, provide considerable increases.

“In the context of significantly improved returns, as well as continued cash flow pressures on farms, and with an eye on setting farmers up for viable price levels for next spring, significant increases for October milk are totally justified.”

I strongly urge co-op boards to deliver the necessary price increase to their fellow dairy farmers.

Meanwhile, the Chairperson of the Irish Creamery Milk Suppliers Association’s (ICMSA) Dairy Committee, Gerald Quain, said that Lakelands suppliers had been contacting his organisation about milk price announcement to express their anger and disappointment at the increase.

Quain described the increase in milk price as “a transparent decision to ‘sit’ on the increased market returns and pass back the increases to their suppliers as slowly as possible”.

“It would be difficult to convey the frustration and astonishment expressed by the farmers who had contacted ICMSA to point out that the Lakelands price- even after the derisory single cent rise – was actually below the price equivalent to the Ornua purchase price index (PPI).”

Quain said that all eyes were now on the other processors who had better realise that this kind of tactic was laying down the conditions for disagreement and suspicion in the future.

It was, he said, simply unfair to expect farmers to sit quietly and passively while being paid a price that was “demonstrably” 3c/L less than it should be.

“ICMSA is cognisant of the difficulties that the Sterling differential is now causing the agri-food sector with a lot of exposure to the UK market, but Lakelands and all the others would want to remember that we can break-down market returns and do the count on that side as well and when we do the break-down on that side we see that the market is returning 30c/L.

“We will not tolerate a situation where processors are continuously hiding behind current or developing situations to hang on to monies they’ve already been paid and should be passing back to their suppliers.

“All eyes will now turn to the other processors and we’d better see some sign that they understand that they will not be allowed ‘sit’ on money that – by any standards of fairness – they should be paying out in turn to their suppliers,” Quain said.