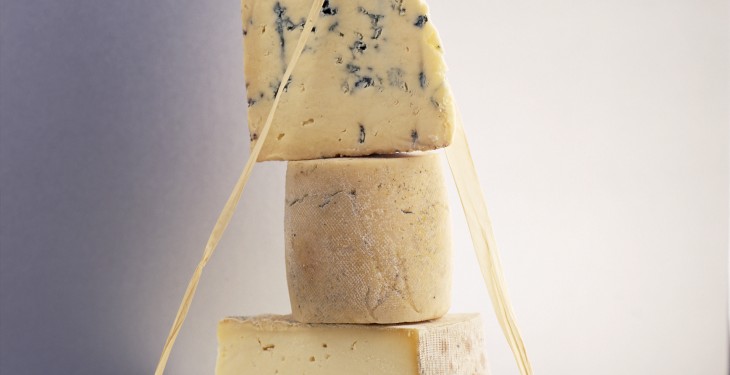 Cheese exports accounted for over €24 billion or 38% of total dairy exports in 2013. The importance of cheese production in recent years has been underscored by the development of innovative and valuable dairy nutritional products from the cheese by-product known as ‘whey’.

Initially, a starter bacteria is added to the milk. The main purpose of this starter culture is to develop the acid in the curd. This is achieved by the fermentation of the lactose in the milk into a lactic acid.

Disturbances that can hamper this stage process can include the presence of antibiotics and detergent residues in the milk. These factors are closely monitored and tested by the dairy co-operative to ensure optimum quality and safe cheese production.

Following the addition of this starter and the ‘culturing’ phase of the cheese process, rennet is added to the cheese vat which results in coagulation or curd formation within the vat.

Over a couple of yours, the coagulum in the vat is then subjected to a further series of steps culminating in the cheese whey being drained off and the curd being subjected to the final moulding, cheddaring or packaging steps. The cheese may then be further ripened or matured in cold storage for a number of months, before it is distributed to the market.

For every 10 litres of milk you will get approximately one kilogram of cheddar cheese and nine litres of whey. A typical cheddar cheese may contain 63% solids and 37% moisture. The liquid whey drained off on the other hand is made up of less than 7% solids and 93% water.

The top-five cheese and curd exporters globally in 2013 were Germany, Netherlands, France, Italy and Denmark, accounting for 55% of global export values.

Ireland ranks 9th globally for cheese exports. It exported €727 million of cheese and curd products in 2013. The UK is by far the largest market, accounting for over half of Irish cheese exports.