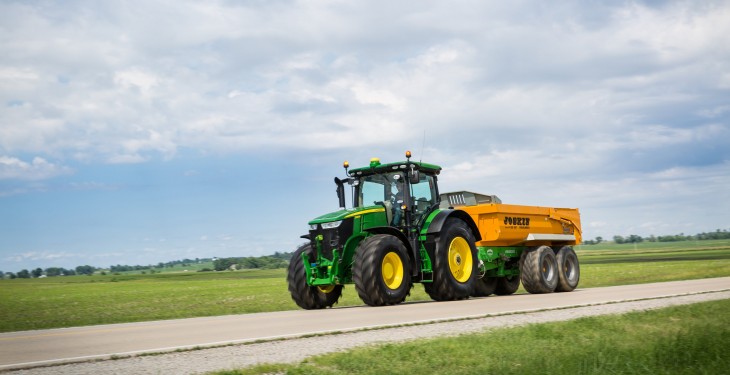 Two farm machinery shows taking place in January and February are the FTMTA Punchestown Farm Machinery Show and LAMMA in the UK.

The biennial FTMTA Farm Machinery Show, will return to Punchestown near Naas on February 5, 6 and 7 where the show will continue the Thursday, Friday and Saturday format which was introduced in 2011.

The FTMTA Farm Machinery Show is Ireland’s largest dedicated farm machinery event and is also the largest indoor agricultural event in Ireland, attracting some 18,000 visitors in 2013.

According to the organisers of LAMMA, which takes place on Wednesday January 21 and Thursday January 22 at the East of England Showground, Peterborough.

The show will feature new machines including John Deere’s new 6R and 6M Series tractors, R4040i self-propelled sprayer and 8000 Series self-propelled forage harvester will be featured for the first time on the John Deere stand at LAMMA 2015.

In addition, the specially decorated John Deere S685i combine harvester that had a starring role in the 2014 Lord Mayor’s Show in London this November, in support of the NFU’s Back British Farming campaign, will be featured at the entrance to the event.

New Holland the the Farmers Guardian are teaming up to give visitors an opportunity to win the use of a Blue Power tractor for one year.