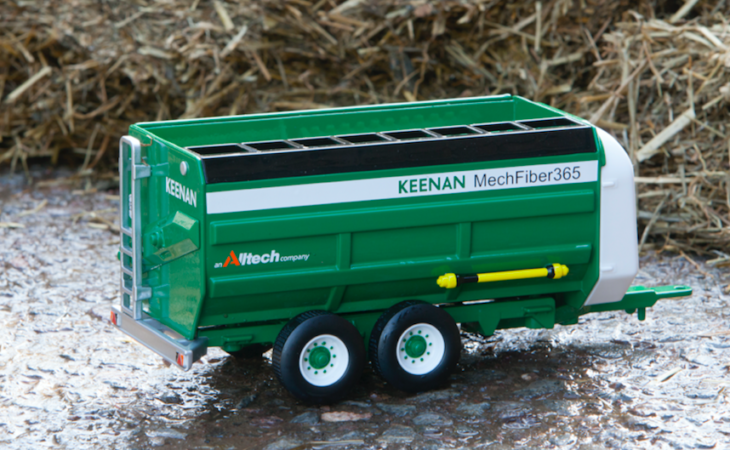 To celebrate, Keenan and Britains hosted an interactive agricultural awareness afternoon for over 150 local students at the production facility in Borris, Co. Carlow, on Thursday, March 15.

Britains from Tomy is one of Europe’s oldest specialists in agricultural toys and collectibles.

With nearly 100 years’ experience, the collection offers a range of 1:32 replica models including tractors, implements, vehicles and accessories.

Britains appeals to children aged three years and over, for farm role-play, but also to collectors due to the accuracy and detail of replicas.

The company has worked closely with Keenan which employs over 150 people in Borris and is a member of the Alltech group, to develop the replica model, ensuring it appeals to consumers for its accuracy.

Agri Aware brought its mobile farm to the launch which was attended by pupils from Ballymurphy NS; Ballinkillen NS; Borris NS; and Borris Vocational School.

Keenan representatives held a variety of educational presentations. There were also workshops for the up-and-coming ‘farmers of the future’.

The Keenan MechFiber365, the model of which will be available from early April, is designed to prepare “nutritious” feeds – blending straw, pulps, cereal, grass and maize silage.

The real deal’s large-capacity hold is used to weigh, chop and mix the ingredients before feeding out. Six angled paddles inside revolve with one 8,000kg load capable of feeding 140 dairy cows or 280 beef finishers.

Constructed of die cast metal with plastic parts, the replica model was designed to have the same “solid, sturdy feel as the original”, with a real paddle motion that rotates as you push it along.

It rides on twin axles with detailed tyres and hitches to a Britains tractor, ready to make light work of the daily ‘grind’. 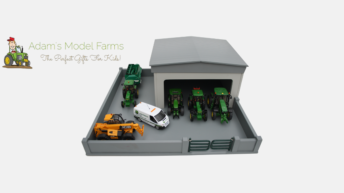