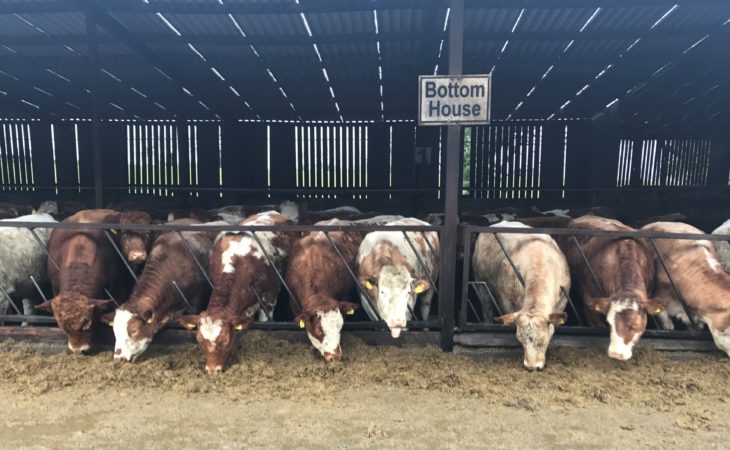 James is a familiar face in Northern Ireland, having appeared several times on UTV farming show Rare Breed. More recently, they have moved away from suckler farming and focused more on producing top-quality, in-calf heifers.

They also keep some pedigree cattle, namely Angus, Shorthorns and Limousins. In addition to the cattle enterprise, the Alexander family run a successful machinery, tractor and 4X4 sales operation.

Despite the weather, a huge crowd attended the open day last week. Farmers and cattle enthusiasts could view the large herd of in-calf and bulling heifers. James also runs a flock of approximately 500 ewes. 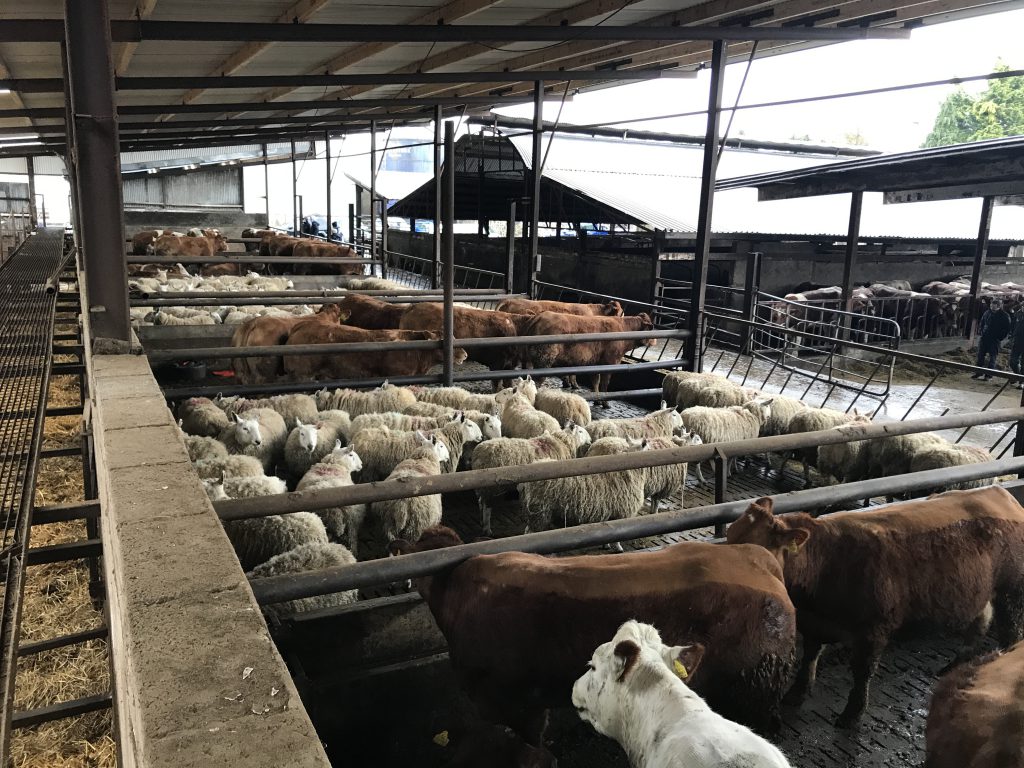 Speaking to AgriLand on the day, James outlined his system and the overall goal of the farm.

“The main system is sourcing heifers, grazing them, bulling them and raring them. We then sell them in-calf, springing or as cows with calves at foot. Whatever stage the customer is at really.

“We have a few pedigree Limousin, Simmental, Belgian Blue and Shorthorn types, but the main business of the farm now is selling in-calf heifers.”

James also outlined how he switched what bulls he uses on the heifers.

“This year, we have dropped the Angus and Shorthorn bulls and used Simmental and Limousin bulls.” 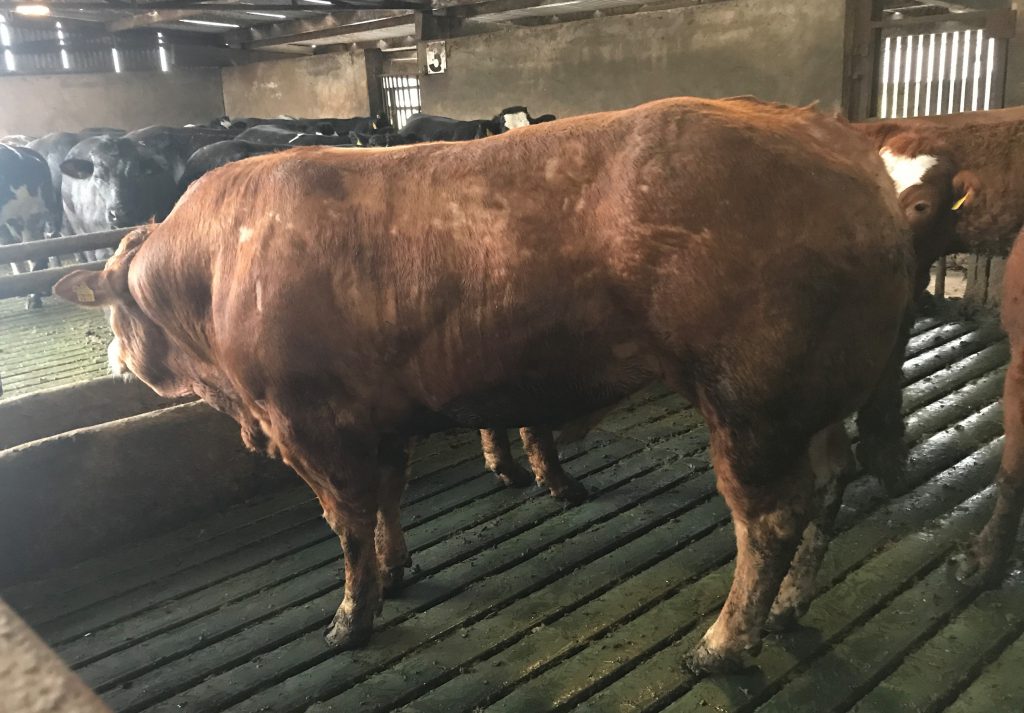 James also stated that they try to source heifers to suit everybody. However, he said, the biggest sellers are the Belgian Blue / Limousin cross heifers.

“The Belgian Blue / Limousin cross cow works for us; they’ll produce the goods when crossed with the Limousin bulls.

We sell heifers in Ireland, Scotland, Wales and England; but the most of them are sold all around the Ulster region.

“The open day allows people to come and see what we have on offer. At the moment, we have just shy of 800 cattle in the herd and visitors can see the bulls we have as well.

“It gives people a better understanding of what we have here. It lets people know that if they want heifers, they are available anytime and at any stage.” 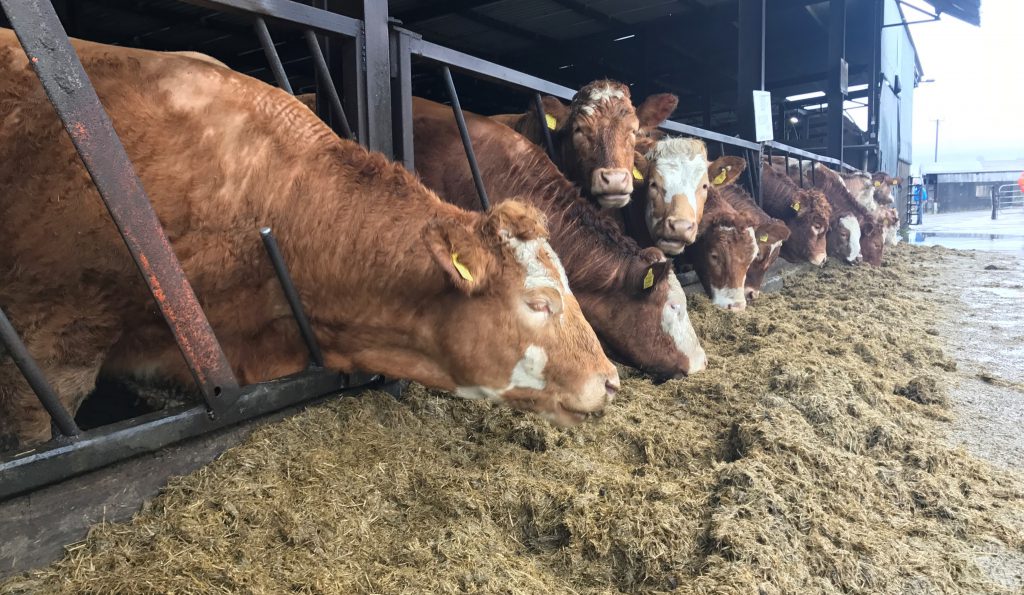 The beef and sheep farmer focuses on the type of bull that will produce the ultimate suckler cow. Maternal traits are to the forefront, but emphasis is also placed on shape and size.

The cattle are spread over two yards. The younger heifers dwell in the home yard and another farm – located a short distance away – is home to in-calf heifers weighing >500kg.

Heifers are penned by their particular breed and weight. At approximately 500kg, batches of heifers are bred to easy-calving bulls.

Heifers are sourced from all over Ireland. On arrival, they are vaccinated for IBR, BVD, clostridial diseases and botulism. Furthermore, James also sells semen from a number of stock bulls. 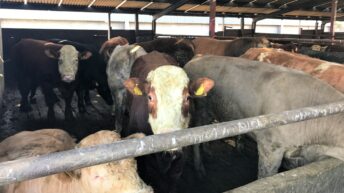 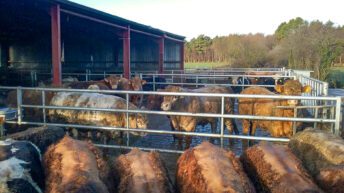