Jury out regarding North:South push on new beef labelling regulations 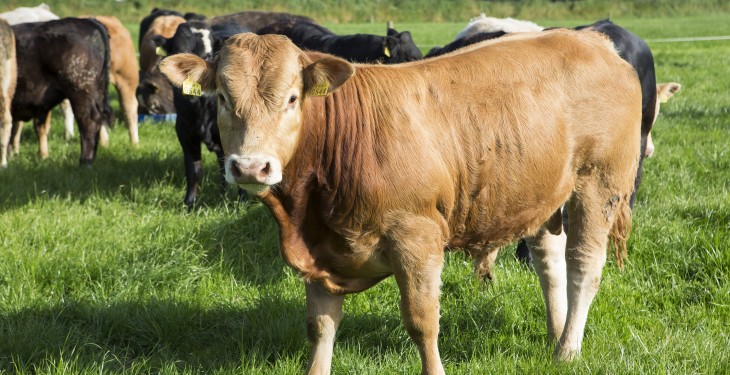 Irish Cattle and Sheep Association (ICSA) General Secretary Eddie Punch has told Agriland that he remains open minded as to whether the strategy agreed by Ireland’s two agriculture ministers earlier this week to resolve the ‘nomad cattle’ issue will bear fruit. This process will entail Simon Coveney and Michelle O’Neill writing jointly to all the UK retailers, seeking a way forward which, in essence, will not penalise cattle born in the Republic of Ireland but subsequently sold North as stores.

“This is being put forward as an innovative to a solution to the current problem. But, in truth, it is a problem that did not exist 12 months ago. And the current labelling regulations have been in place for the past number of years.

“I sense the real issue that still needs to be resolved concerns the way in which the meat factories go about their business. Some months ago they told us that new carcass specifications and associated pricing structures had been introduced. The question they have to ask now is: how strictly are they adhering to these new regulations today at a time when cattle numbers are scarce?”

Commenting on the prospects for cattle prices over the coming weeks, the ICSA General Secretary said: “I don’t think prices will fall any lower, given the shortfall in animals coming forward at the present time. But this may well change again come September and October. Given the laws of average the weather may well change for the worse come the autumn. And a wet back end will bring a flood of finished cattle in the direction of the plants. Beyond that there is genuine hope that prices may pick up again around Christmas time.”

IFA President Eddie Downey said livestock farmers expect immediate progress on opening up the live trade for cattle to Northern Ireland. He said the IFA had met with meat processors in Northern Ireland who want the live trade to open up and are prepared to slaughter cattle from the Republic of Ireland provided the necessary labelling arrangements are cleared up. He said branding and labelling options, which meet the EU labelling requirements, have been submitted to the Department of Agriculture.