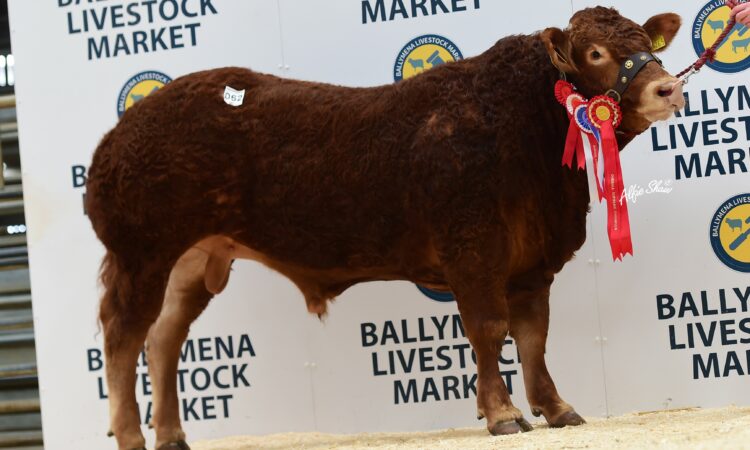 Female prices were up more than £500 (€571) on last year at the 2018 British Limousin Cattle Society’s May Day Show and Sale – and in a surprising move, the show’s judge even joined bidders by raising his hand for the top-priced animal.

Nutcracker – a February 2017 born embryo calf – was sired by Trueman Jagger and out of the home-bred dam Carmorn Gucci.

He had caught the eye of judge Blair Duffton from Aberdeenshire, Scotland, at the pre-sale show and was awarded Overall Supreme Champion, Overall Male Champion and Junior Male Champion accolades.

Duffton said: “Carmorn Nutcracker is a modern bull with a tremendous top-line and back end. I believe he will do well with crossbred cows and will produce superior calves.”

At the sale, Duffton followed through with this sentiment, going on to be the top bidder – with Carmorn Nutcracker now joining him on his way home to Aberdeenshire.

Gaining the second top price of 5,000gns was Ballyrickard Mrbean, bred by I N Davidson from Larne, Co. Antrim. 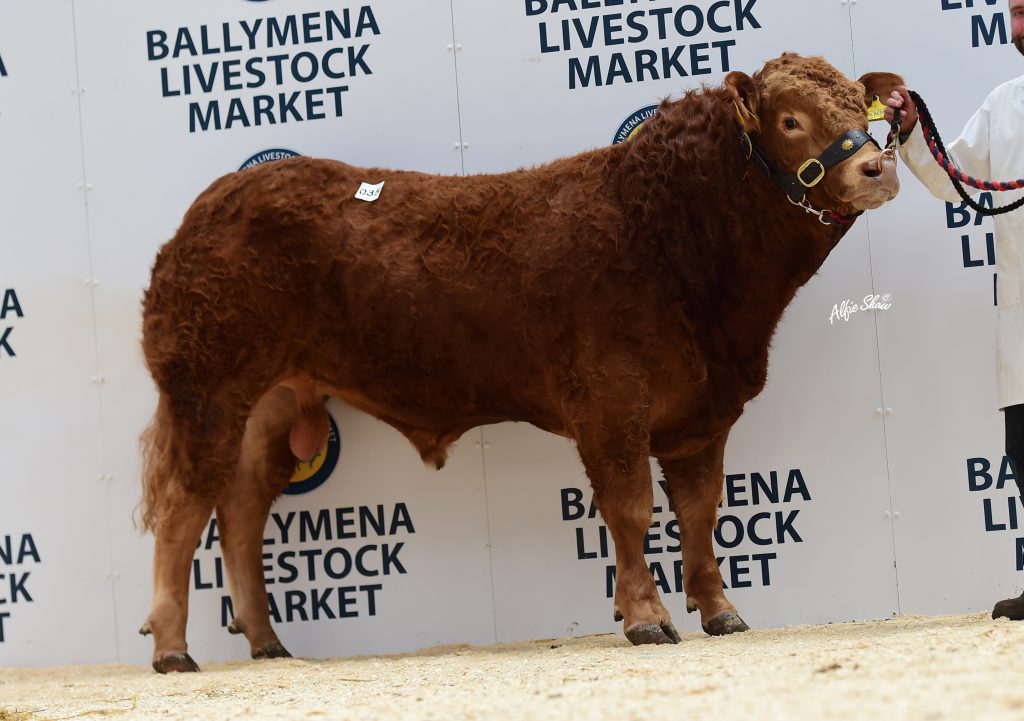 The November 2016 born bull is by Norman Ely and out of the dam Ballyrickard Judy. Mrbean is also heading to Scotland, having been purchased by G Yarr from Angus.

Selling for 4,400gns was Archies Maximus, bred by McKenna Bros, Bellaghy, Co. Derry. This November 2016 born bull is sired by Archies Jazzyjeff and out of the dam Goldies Interflora. 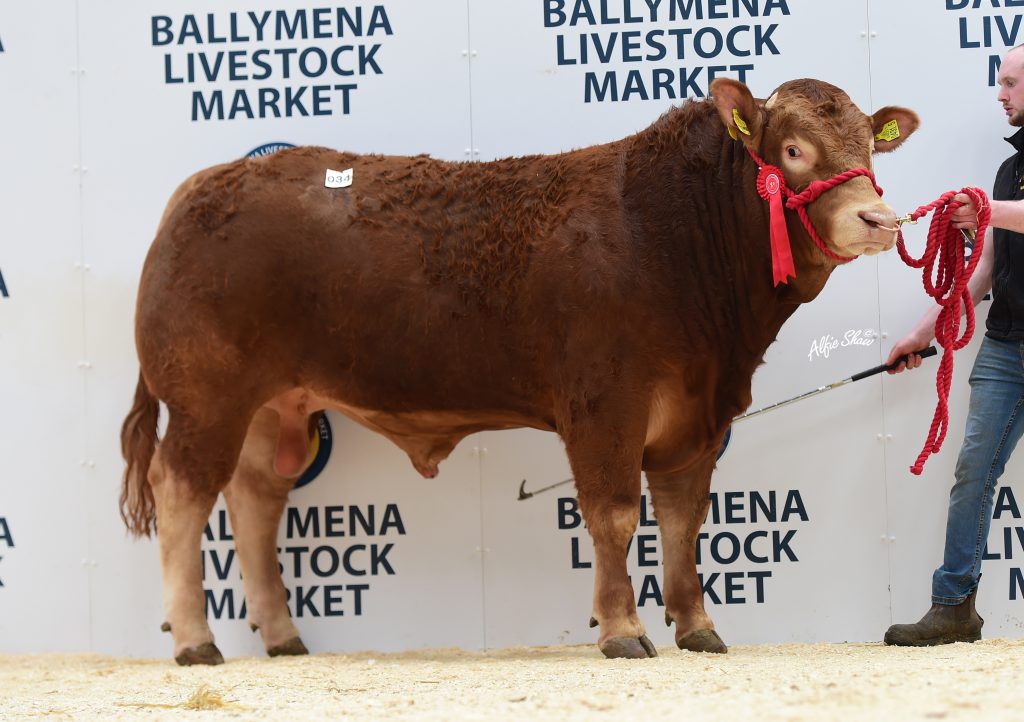 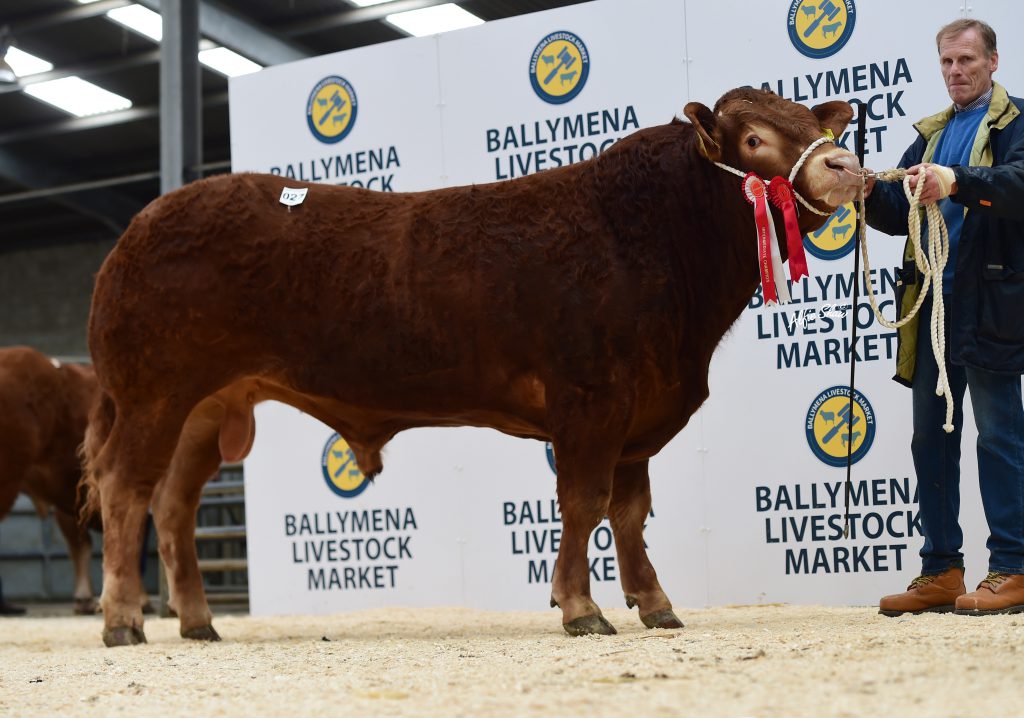 This November 2016 born bull is by Virginia Andy and out of the dam Aghadolgan Ismerelda. Miles was purchased by E English, Lisburn, Co. Antrim. 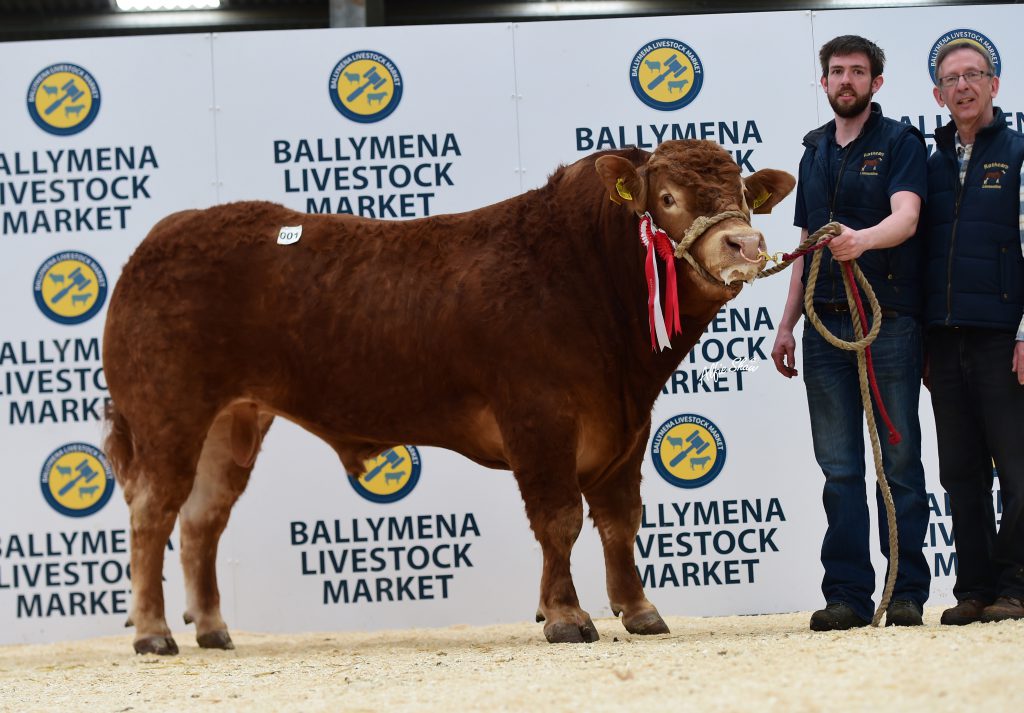 This June 2016 born embryo calf is by Ampertaine Elgin and out of the dam Ampertaine Ikea. Mandela was purchased by A Birt from Newtownards, Co. Down.

In the female sale, the top price of 3,400gns was fetched by pre-sale Female Champion Rahoney Natasha bred by H & D McFarland from Trillick, Co. Tyrone. 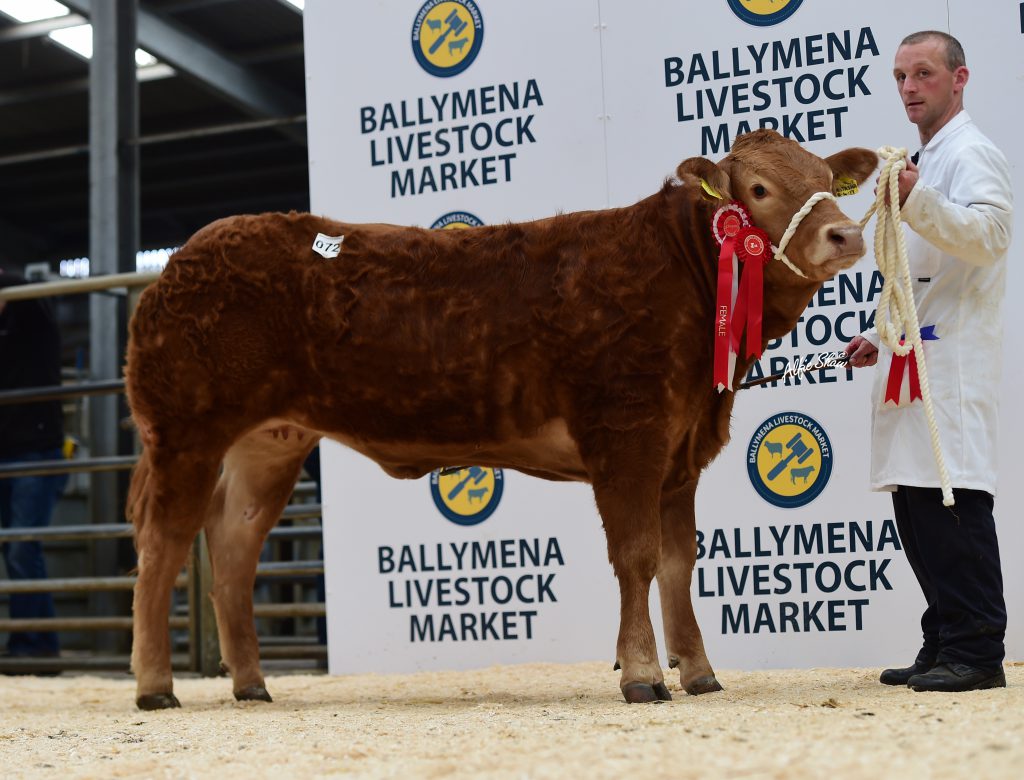 The April 2017 born embryo calf is by Ampertaine Gigolo and out of the dam Rahoney Hazel. Natasha was purchased by Limousin breeder Mel Lucas from Antrim, Co. Antrim. 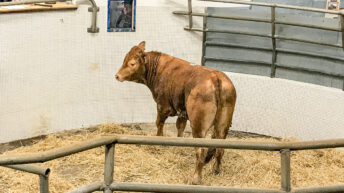 Pics and prices: Exporters and grass buyers out in force at Castlerea Mart