‘Japan is open to further co-operation and collaboration with Ireland’ 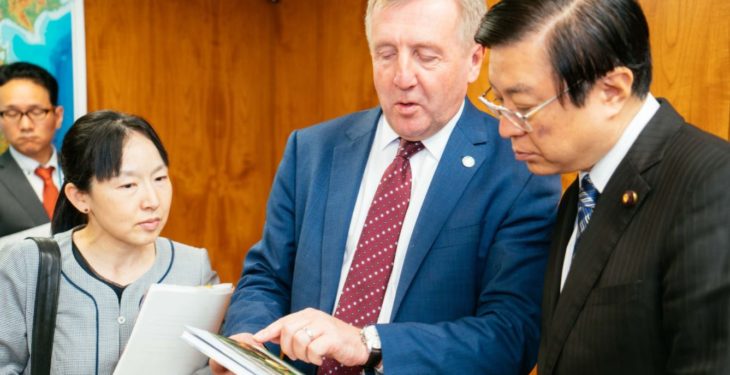 Speaking on the final day of a trade mission to the land of the rising sun, the Minister for Agriculture Michael Creed said that Japan is open to further co-operation and collaboration with Ireland.

Minister Creed was speaking as the Irish agri-food trade mission to Asia embarks on its second leg to South Korea.

Today marked the final day of the Japanese leg of the trade mission. The final scheduled event in Japan saw Minister Creed hold a “productive meeting” with Yakult Honsha, the dairy and pharmaceutical company known for its probiotic skimmed milk product.

Yakult Honsha has “built up strong business connections” with Ireland over the past 15 years, and Yakult products are well-established in the Irish market, according to the Department of Agriculture.

The potential for further collaboration with Ireland in the areas of research and procurement were reportedly discussed during the meeting.

The Japanese leg of the trade mission was extremely useful in gaining a better understanding of Japan’s priorities in the agri-food market, whilst raising awareness of Ireland as a potential strategic partner, Minister Creed said.

Japan has one of the most highly-respected food safety systems in the world, and it was important to get the opportunity to let potential Japanese customers know that our own systems are of a similarly high standard.

“The ministries of agriculture and health both responded very positively to the issues raised, and it is clear that Japan is open to further co-operation and collaboration with Ireland.

“In addition, I was able to discuss the possibility of both expanding beef access and of gaining sheepmeat market access with Ministers Kato and Isozaki, and further dialogue was held on these matters at a technical level with my department’s officials,” Minister Creed said.

The high level of interaction between the travelling Irish companies and potential partners in Japan was also welcomed by the minister.

Over the coming two days the trade mission will continue in South Korea, with trade events and ministerial meetings scheduled – the trip will come to a conclusion on Friday.

The Korean leg of the trade mission begins tomorrow with a meeting scheduled with the Korean Minister for Agriculture, Minister Kim Yung-Rok.

Beef is expected to be a major focus of the Korean ministerial meetings, as Ireland is currently at an advanced stage in negotiations to gain access to the Korean beef market.

As well as participating in an Origin Green dairy seminar tomorrow, Minister Creed will be hosting a networking event for Irish agri-food representatives to meet Korean industry experts and potential customers. 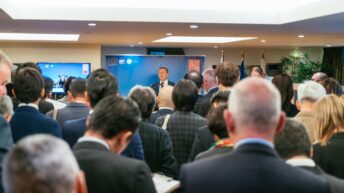 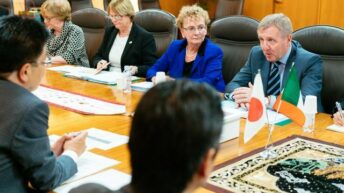