Irish ploughing for the stars in Canada 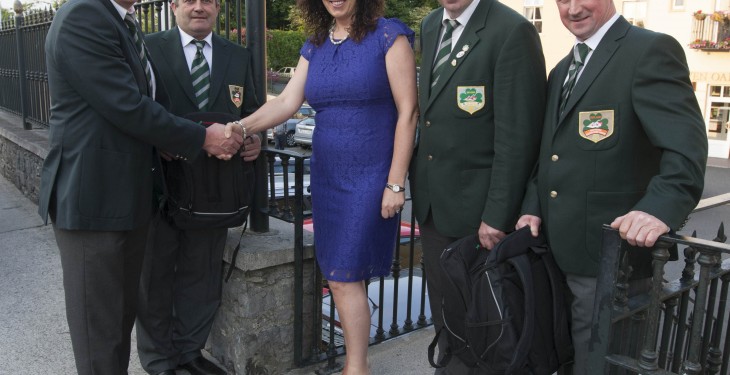 Eamonn Tracey, Carlow and John Whelan, Wexford departed recently for the World Ploughing Contest this week in Olds, Alberta, Canada. The contest is due to take place on 19-20 July.

Seasoned ploughman Eamonn Tracey, Carlow won his first All-Ireland at Under 21 Level in 1990, four under-28 titles, one intermediate and seven national senior titles. Eamonn, who has followed in his father’s footsteps representing Ireland in the World Ploughing Contest, was world runner-up in the conventional class in Croatia in 2012. This year is his 8th time competing at world level.

For Wexford man John Whelan, it’s his fifth time to represent Ireland on the world stage. John competes in the reversible class and has won the European reversible contest twice which is a huge achievement. Both competitors are definitely the ones to watch in the world contest and will be expertly coached by Kilkenny man, Brian Ireland who takes the team management role for the first time.

The judge on the panel for this year from Ireland will be Joe Slattery, Tipperary who travels as judge for the second time. Joe is an established ploughman himself and a judge at county and national level. The Irish delegation is proudly sponsored by Kverneland Group.

The Executive Committee of the World Ploughing Organisation (WPO) recently appointed a new general secretary. Ireland’s Anna Marie McHugh is only the fourth general secretary of the association in its 60th year history and the first female to hold the position. She will be responsible for the day-to-day operations of the WPO, assessing future world venues, developing the organisation worldwide as well as heading up WPO communication and media relations.