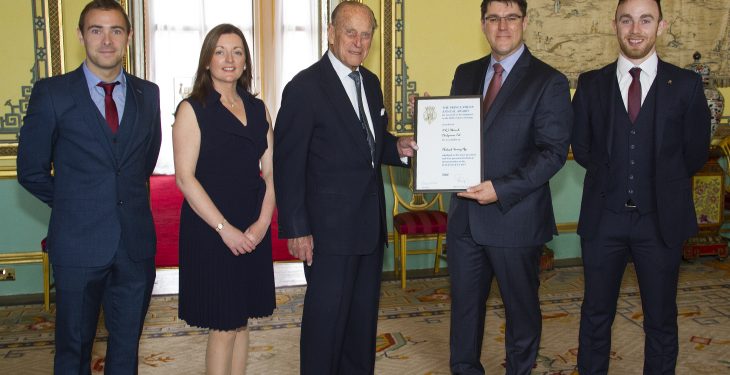 The award was presented by the Duke of Edinburgh and husband to Queen Elizabeth II, Prince Philip, at Buckingham Palace.

Herdwatch, an app which was created two years ago, allows farmers to manage their herd’s births, remedies, weights, breeding and movements on the spot.

Visiting the Palace was a proud moment for co-founder of Herdwatch, Fabien Peyaud, who wished to keep the momentum now behind the app going.

“Shaking hands with Prince Philip and seeing the interest he genuinely had in Herdwatch when we presented what the app does on a screen in the famous Balcony Room was the highlight of our journey so far,” he said.

The farming app is a simple piece of technology that meets the needs of these cash strapped times, according to the Chairman of Judges at the Livestock Event, Guy Trehane.

“The hand held data device uses the everyday technology of a smartphone and cloud to store and download data that can be tapped into by any member of a farm team, even those of us with fat fingers and rubber gloves.”

Meanwhile, Herdwatch has been backed by Enterprise Ireland in many ways over the last few years, Jane Marks, Marketing Manager of Herdwatch said.

The Enterprise Ireland UK office assisted the Herdwatch team in attending key events in the UK and Ireland, which enables the team to showcase the apps innovation, through which it picked up a number of awards giving the app industry validation and the team a morale boost, Marks said. 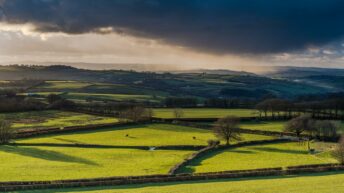 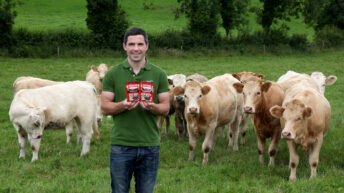