The Strategic Banking Corporation of Ireland (SBCI) came in for heavy questioning in front of the the Joint Oireachtas Committee on Agriculture last week.

The session followed the publication of details relating to the Agriculture Cashflow Support Loan Scheme – otherwise known as the low-cost loan scheme.

Last week it was revealed that the average loan size under the scheme was €32,000, with beef and dairy farmers dominating the applications submitted.

Addressing the committee, the CEO of the SBCI, Nick Ashmore said: “One of the features of the market is that borrowers remain weary of banks and we are still seeing the SME community as a whole, including farmers, pay down debt at a very rapid rate“.

There is still the weariness of being in debt to the banks for very long periods of time.

This, he said, may be the reason why a fair proportion of farmers only applied for shorter term loans.

“They would rather get in, get what they need and get out again,” he said.

The low-cost loan scheme originally set about making finance available to farmers at low-cost interest rates for a period of one-to-six years.

But it was revealed last week that the majority of applications submitted were for terms shorter than four years.

On this Ashmore said: “The duration of the loans was determined by the demand and the use of the funding.

“The loans were available from one-to-six years and really the duration is determined by what farmers applied for and also what they are using the loans for.

“If the loans were for things like lower-cost stocking finance or working capital, then they tended to be of shorter duration because it is trying to apply the right loan solution to the right use.

“But then if was for refinancing a tractor that had been purchased or a piece of equipment, they tended to be of longer duration because it is to finance the purchase of a larger asset,” he said.

The SBCI representative also touched on the issue of security and stressed that “these loans are totally unsecured”.

If we find a situation where a bank has required security, it doesn’t qualify for our scheme and we will withdraw the guarantee.

“The onus is on them [the banks] to make sure they have met the criteria and they have applied the loan and the lending in the right way,” he said. 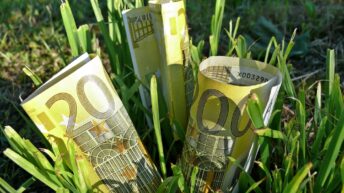