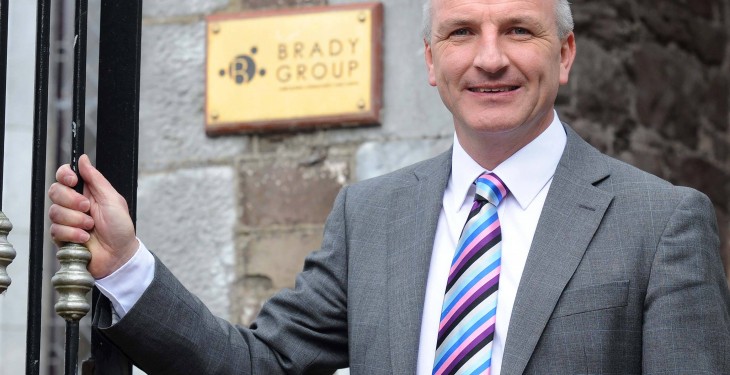 The biggest challenges facing young farmers are lack of profitability in beef, sheep and tillage enterprises; difficulty in entering dairy farming; lack of land mobility; increased retirement expectations of parents; and protection of the status quo by farm organisations.”

This is according to Mike Brady, current President of the Agricultural Consultants Association of Ireland, who will be speaking at today’s Macra na Feirme National Conference in Carlow

Brady is a well-established agricultural consultant and land agent with Brady Group Agricultural Consultants & Land Agents based in Cork. Speaking to AgriLand, he said the challenges for young farmers can be overcome.

“These issues can be overcome if we have detailed national plan for the future of our industry. True we have Food Harvest 2020 but it is a list of aspirations rather than a detailed plan. I am talking about planning targets for the number of farmers, the size of those farms, the amount of dairy, beef, sheep and tillage farms, the systems of farming, the profitability of those farms and so on. Effectively view the country as one big farm and plan its future.”

Brady outlined that, in his opinion, the key to success is cross collaboration.

“The challenge is to get Government, the Department of Agriculture, the farm organisations , Teagasc, consultants, universities, co-ops and farmers behind such a plan. Young farmers are the ones with the energy and a fearlessness to drive such change. They ultimately would be the main beneficiaries.”

In terms of advice for young entrants into the dairy sector, Brady advises “good independent advice and a business plan” are key.

“This may sound self-serving but there is excellent advice readily available to new and existing dairy farmers in Ireland today. I have looked at advisory systems all over the world and we in Ireland have all the tools to have the best system, ie research, training and independent public and private advisors/consultants but we don’t use or appreciate it enough. So join a discussion group, employ an independent, experienced advisor/consultant decide where you want to go, make a plan how to get there and monitor/benchmark your progress.”

“True there will be price volatility without intervention and export refunds but take milk price for example if the price varies between 26c/litre to 40cent/litre over a five-year period, it is the average annual price that really matters for profitability. If the five-year average price is 34cent/litre then volatility is a matter of getting the funding facilities from your bank to fund the deficit in the poor year and repay it in the good year.”

The Cork-based agri-consultant has also noted a big drive towards dairy expansion, especially down South.

“Our clients up the county less so as many are duel suppliers with co-op’s who are consistently under quota and they have already achieved expansion plans.”

Is he cautious about this?

According to Brady, Ireland is in an era of golden opportunities without a doubt.”We can produce milk cheaper than anybody in the northern hemisphere, demand for milk and milk products worldwide is on an upward curve so that has to be the positive for the future of our industry.”

In terms of new technologies, in particular robotic milking, he believes they are still at the innovator/early-adaptor stage and presently they are somewhat  expensive.

“I expect the price of robotic milking machines to reduce just as calculators, digital cameras, phones and computers have reduced in price when there is mass appeal and more competition in the market. I expect robots to be very common on dairy farms in 20 years time.”

The Brady Group was established in 1995, and with years of hard work, it is now one of Ireland’s leading agri-business consultancies in Ireland.

“Starting a business from scratch is very rewarding but tough and risky,” Brady said. “Looking back now I would have purchased an existing business with clients, systems, programmes and experience.  I am one of the lucky ones in that my business worked and has grown but it would have grown faster with less risk if I had a solid proven base from which to start. The main advice though for any young farmer starting out today is to figure out what you like and follow that path.”

The ACA President will be speaking at Macra na Feirme’s Annual Farming Conference this afternoon. Hosted by Carlow Macra an Feirme in conjunction with main sponsors Dawn Meats and Ulster Bank, it is being held in the Seven Oaks Hotel, Carlow, today with the theme ‘New CAP New Era’.