The cattle trade remains steady, but there has been a noticeable number of cattle coming forward, according to mart managers around the country.

However, the increased numbers did little to dampen the trade with store cattle readily achieving upwards of €2/kg.

The weaning trade also remains in good stead as exporters make their presence felt around the ring.

There was a good trade for the 370 cattle on offer in Mohill Mart on Thursday last, according to the Mart Manager Steven Hannon.

According to Hannon, the trade for heavy steers was a little handier than previous weeks with heavier lots harder to move as a result of the downward factory prices.

However, despite the slower trade for steers the heifer trade remained good with heifers weighing in the region of 500kg making €2.44-2.50/kg.

There was also a good demand for factory fit cows and these lots generally sold for €2/kg, while the hammer fell on the lighter feeder type cows from €1.60-1.70/kg, said Hannon.

There was also a good trade in Mountrath Mart on Thursday last with over 170 bulls and 150 heifers on offer, according to Co-Mart Manager JJ Peters.

According to Peters, the demand for weaning types remains good and there was an increased presence of export buyers around the ring last week.

There was also a good demand for weaning heifers and these lots sold from €2.32-2.69/kg.

According to Peters, there was an exceptional trade for the 35 suckler lots on offer with springers making €1,550-1,750. There was also plenty of demand for cows and calves and these lots sold from €1,700-2,300.

Balla Mart had its largest sale of the year on Saturday with 1,300 lots passing through the ring.

The increased numbers had very little impact on the trade according to the Mart Manager Michael Murphy who said the prices paid for store bullocks had increased by €20-40/head.

According to Murphy the trade for breeding stock remained strong as there was a special entry of 21 in-calf heifers. The top lot sold for €2,500, dry cows also went well and made €1.55-2.70/kg.

The trade also remained steady in Ennis Mart on Thursday last, according to the Mart Manager Martin McNamara.

The Clare venue also had the largest sale of the year with over 2,300 cattle passing through the ring last week.

According to McNamara, there was an increased number of dry cows starting to appear, feeder type lots generally sold from €1.50/kg, while the better continental types traded for €2.06-2.23/kg.

There was a large entry of top quality stock on offer in Castlerea Mart on Thursday, according to the Mart Manager Brendan Egan.

A large entry of 950 cattle were in demand from farmers, bull beef finishers and exporters, he said. 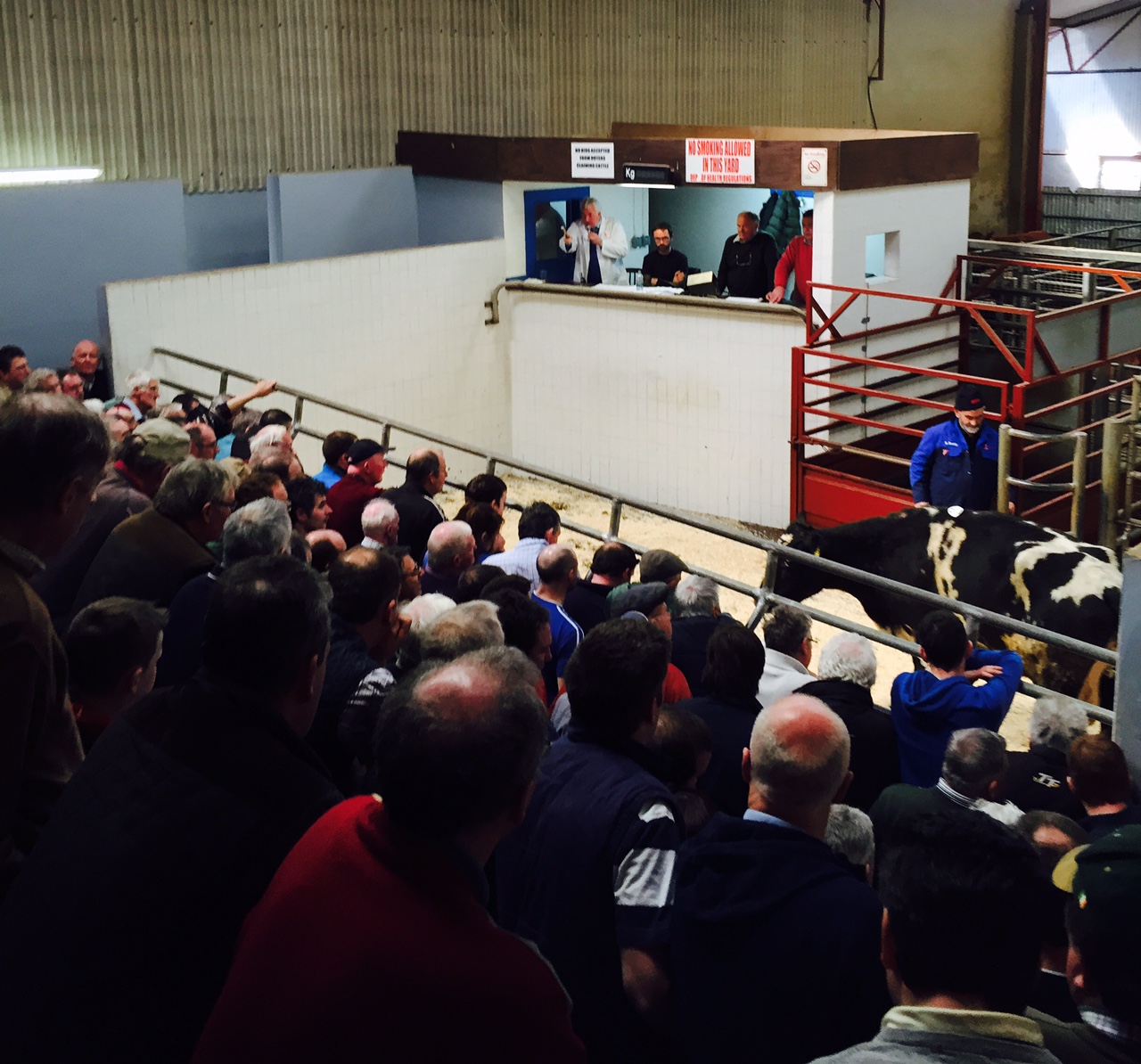 According to Egan, there was increased exporter activity around the ring on Thursday last, the best of the weaning bulls sold for €3.17-3.61/kg, while their counterpart heifers made €3.07-3.35/kg.