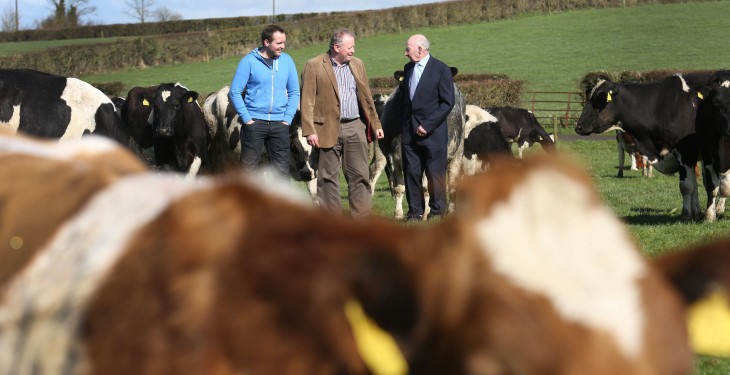 The IFA is to hold a ‘top level’ meeting with Kerry Group senior management as farmer anger grows in relation to the co-ops milk price.

IFA National Dairy Committee Chairman Sean O’Leary said he had been contacted by numerous Kerry suppliers expressing real concern about the Kerry milk price and whether or not a thirteenth payment would be justified to live up to their ‘leading milk price’ claim for 2015.

A spokesperson for Kerry Co-op said in recent days any additional top-up payment will be discussed in the context of the co-op’s milk supply contract and said discussions are ongoing in relation to this matter.

However, O’Leary said this topic would feature strongly on the agenda for discussion with Kerry.

“Since the ‘leading milk price’ promise was first made more than five years ago, IFA has met many times with Kerry Group senior management and Kerry Co-op board members at national and local levels.

At all those meetings, the ‘leading milk price’ was raised as an issue on which farmers needed to be convinced, and I am frankly disappointed that, more than five years later, it remains a thorn in the relationship between Kerry and its suppliers,” O’Leary said.

He said in its meeting with Kerry Group the week after next, IFA will reiterate farmers’ legitimate expectation that their milk purchaser would meet their stated commitment, and prove it to them verifiably, transparently and compellingly.”

“We in IFA are very clear that there is an absolute onus on Kerry Group and Co-op to verify for farmers that they are indeed paying the leading milk price they promise, and to show transparently how it is arrived at.

“Kerry Group management must engage in earnest with the Co-op board to resolve this vexed issue once and for all to Kerry suppliers’ satisfaction,” he concluded.