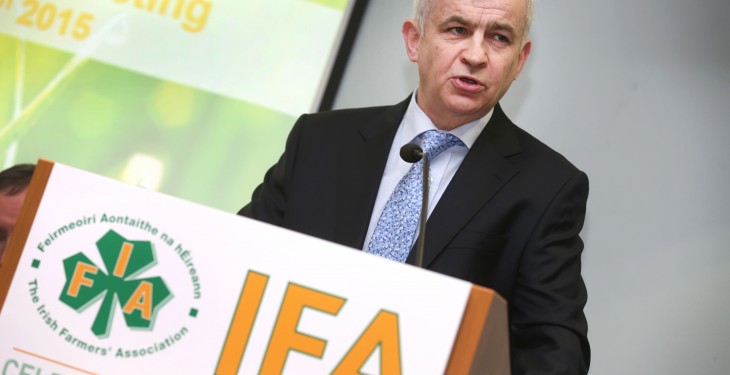 The IFA is to protest outside the European Commission offices in Dublin tomorrow (Monday, August 31) to demand EU action on falling farm incomes.

IFA President Eddie Downey is to lead the protest at which starts at 11.30am at European Union House on Mount Street.

The IFA last week held further discussions with the FNSEA (National Federation of Agricultural Holders’ Unions) ahead of a major protest in Brussels on Monday, September 7.

Downey said there is widespread backing for our position that producers have to be supported as political decisions by the EU in relation to Russia have contributed massively to the current problems.

In recent months Irish dairy farmers have been hit with tumbling milk prices. IFA National Dairy Chairman Sean O’Leary added that dairy farmers’ margins have come down 92% in the past 16 months.

“We need the European Commission to fulfil its legal obligation under regulation 1308/2013 and review the intervention ‘reference thresholds’ in light of increased production costs and raise those prices to provide a genuine ‘safety net’ reflecting higher costs.

“This would send an immediate and longer term message to global buyers that EU dairy products cannot be bought below cost,” O’Leary said.

In addition, he said that before year-end, the European Commission will have a fund of over €800m worth of superlevy fines paid by European over-quota farmers.

Advertisement
IFA President Eddie Downey said the failure of the EU to move decisively to safeguard farm incomes is a serious threat to viability.

Downey last week led a delegation to meet with the Minister for Agriculture Simon Coveney and warned that farm families across a range of enterprises are under severe pressure as political inaction, severe price volatility, excessive input costs and unregulated retailers combine to depress the price paid to producers.

Beef prices have also started to decline in recent weeks as a result of difficult export markets and more cattle coming available for slaughter.

This has resulted in the base quotes for heifers and steers dropping by 5c/kg.

The price paid for beef has fallen 7% since the last week in July with the base heifer and steer price down by 30c/kg since July 22.

The IFA President said Minister Coveney needs to take action on removing the technical obstacles holding back exports of beef and other farm produce to new markets in the US and China. New markets are critical to prevent a repeat of the severe beef price and income problems of 2014.

Downey said with family farms so dependent on direct payments, Minister Coveney and the Department must deliver all payments on time and within the deadlines set down in the new Charter of Farmers Rights.

He said with the income pressure on farmers this year there is no room for any delays whatsoever on payments. 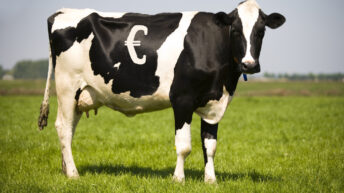 Talking down 2016 milk prices is ill-advised and damaging – IFA 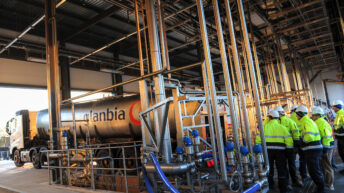