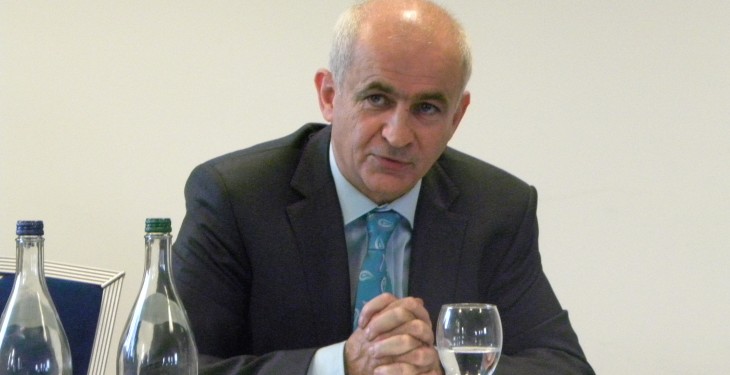 The news that Tesco’s market share in the UK is dropping puts even more significance on the additional beef export opportunities that can be availed of by Ireland’s redmeat sector, according to IFA President Eddie Downey.

“Tescco has been one of the largest buyers of Irish beef for many years,” he said.

“And while I do not think that the supermarket’s current predicament will impact negatively on the prices paid for Irish beef over the coming twelve months, the news highlights the absolute priority for our meat plants to secure additional market outlets for beef. And this is why the news that Irish beef can now be exported to the United States is so important.”

The IFA President believes that beef from Ireland will feature in US retail outlets well before the end of 2015.

“It is my understanding that a number of individual plants will receive their specific export licences over the coming months. And once this process is completed, beef exports will follow in pretty shot order.

“An IFA deputation visited the US last year, at which time we met US Agriculture Secretary Tom Vilsack. The visit also provided us with an opportunity to gauge, at first hand, the potential of the American market for Irish beef.”

Eddie Downey also said he hope that the Chinese market will be opened up to Irish beef imports over the coming months.

“A lot of groundwork has been done in terms of developing a good working relationship with the authorities in China.

“We need to build on all of this over the coming months,” the IFA President said.

Commenting on the prospects for farmgate beef prices in 2015 Eddie Downey said that it would be, very much, a numbers game.

“There will be less finished cattle in the system. And this should bode well for prices over the coming months. But there is absolutely no room for complacency,” the IFA President said.