IDB confirms a tough year ahead for the milk sector 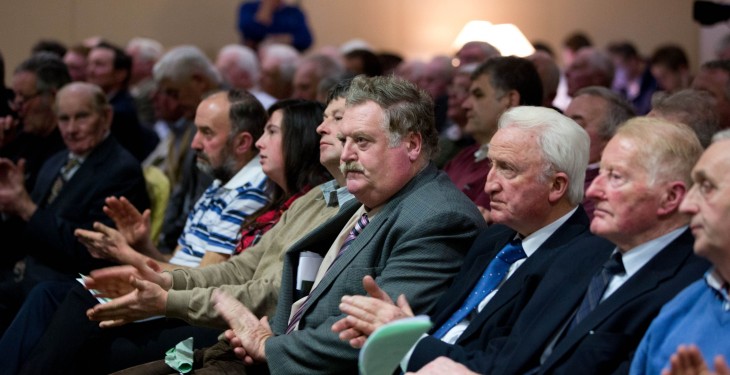 Average producer milk prices will range between 24c/L and 26c/L in 2015, according to Irish Dairy Board (IDB) analyst Fergal McGarry.

Speaking at the ICMSA Annual Meeting in Limerick he added that Russia’s decision to introduce a ban on EU food imports was the last straw in condemning EU milk prices to the downward spiral that has come to pass.

“The reality is that 2015 will be a difficult year for the Irish milk industry,” he said.

“Our Production Price Index has fallen from its January 2014 high of 133 to the current value of just below 100. We are predicting that the Index will fall further during the first six months of 2015 but will start to rise thereafter.

“The index was created to provide farmers with a degree of transparency with regard to the market returns that can be delivered to them. And it is our intention to further develop this principle in 2015.

“But predictions are only predictions; what I can say with certainty is that nothing solves low prices like low prices.”

The IDB representative went on to explain that a perfect storm of factors had combined to bring downward pressure on Irish dairy prices over recent months.

“These include the fact that world milk production levels increased significantly throughout 2014 while countries like China reduced their purchasing levels,” McGarry commented.

“And yes Russia was also an issue. However, one of the most significant factors impacting specifically on the Irish dairy sector has been the Ebola outbreak in West Africa. The Board sells more than significant tonnages of dairy products to countries like Nigeria. And, again, we are striving to secure a premium return from these markets.”

Looking ahead Fergal McGarry believes that the outlook for Irish dairy is extremely positive.

“The fact remains that the world’s population will increase significantly over the next twenty years while income levels in emerging markets are set to strengthen dramatically. Another encouraging factor has been the growing acceptance of natural food products, including butter, in all of the world’s mature dairy markets,” he concluded.