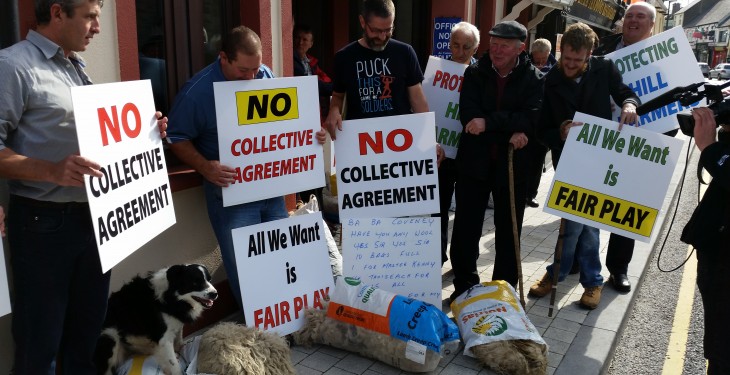 Collective agreements, as a requirement for entry into the new GLAS scheme, have been scrapped, according to the Hill Farmer for Action Group.

A spokesperson for the Group told Agriland that: “Following intense negotiations between hill farmers and the commonage implementation body set up by the Minister for Agriculture, Simon Coveney in recent days commonage farmers can now apply for the scheme as individuals and will have to agree to a management plan for the commonage as a whole.”

Agriland understands that the 50% requirement is no longer a concern for farmers and will be an internal measure used by the Department of Agriculture. It is understood the management plan will be drawn up by one planner for the entire commonage with the current Commonage Framework Plan used as a guideline. A timeline for the creation of the plan has yet to be worked out.

The Hill Farmers for Action spokesman also outlined that where the Department finds a situational arises that less than 50% of active farmers on a commonage apply for the GLAS scheme. It will refer the issue to the Commonage Implementation Committee. But has also committed that no farmers will be refused entry to the scheme.

“The group is very happy with the outcome. We would also like to acknowledge the Departments efforts. We are aware that there are many elements of the new scheme yet to be finilised and we still have concerns in other areas.However we are happy the Deparment is now working with us,” the spokesperson said.

As a result of the agreement the picket of An Taoiseach Enda Kenny’s office has been lifted.