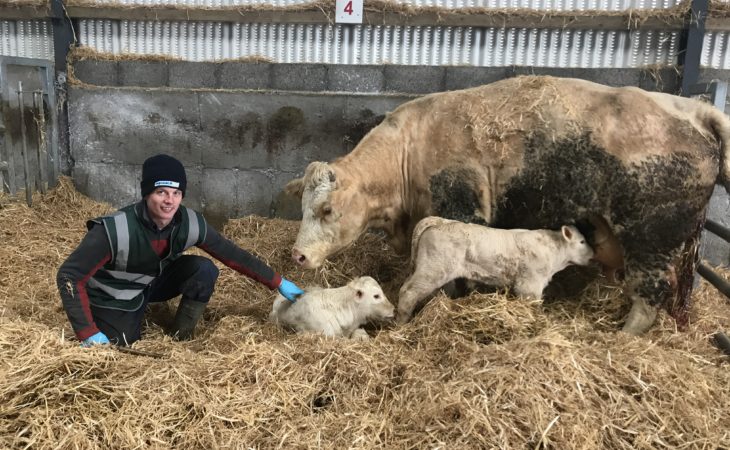 They say ambition is the path to success; and persistence is the vehicle you arrive in.

If that is the case, then the sky appears to be the limit for John Heslin who, at just shy of his 26th birthday, is impressively rising through the ranks of Irish agriculture.

Having graduated from agricultural science at University College Dublin in 2014, the part-time suckler farmer from Co. Westmeath quickly caught the eye of the industry through his passion for research and results at Teagasc, Grange, where he pursued his PhD in heifer puberty.

Despite his dedication to evaluating suckler calf-to-beef production systems for the demo farm’s Derrypatrick Herd, his long-time desire to pursue commercial goals within the sector bubbled to the surface.

Last week, John officially embarked on the next chapter after being appointed ruminant product manager with MSD Animal Health – a global leader in the research, development, manufacturing and sale of veterinary medicines.

Speaking to AgriLand, John – who is also revered as one of the top inter-county GAA footballers in the country – opens up about the road to success so far; and his bright plans for the future.

“The agri industry is a brilliant industry to be involved in; I would highly recommend it to any young person looking to fill out a CAO form.

I took the job with the Derrypatrick Herd and I was delighted to do so to be honest; I thought that was going to be my role for the next number of years.

“Previously, I was looking at a business masters and going into that side of the industry; but, I saw the PhD programme in heifer reproduction and it sparked my interest. I went that route instead; but I kind of always had an idea that I’d go into the commercial end eventually.”

When the position emerged at MSD, John decided to throw his hat in the ring.

“Teagasc is a great organisation to work for; and, speaking neutrally as a farmer, I don’t think Irish farmers realise how lucky we are to have an independent research, advisory and education body at our doorstep.

But for me, on a personal level, when I was faced with an opportunity of a new challenge such as MSD, and knowing the importance of animal health on a global and national scale, I was instantly attracted to the position.

In his new role John will be working alongside well-known Wexford senior inter-county hurler Jack O’Connor. The duo will be responsible for developing marketing, advertising and awareness campaigns for various products.

“The position is split between myself and Jack so we will be working together as ruminant product managers for cattle and sheep.

It’s a youthful team on the animal health side. Jack is a very energetic, knowledgeable person and we are going to get the best out of each other.

“Directly ahead of me is William Minchin and then Fergal Morris who are two young men that have proven their ability within the commercial industry – so there is a lot of opportunity and scope for me to continue my learning,” he said.

For John, his experience within the agri sector to date has emphasised to him the gravity of good animal health and welfare.

We often talk about the importance of systems and nutrition; but at the end of the day, if you don’t have healthy animals you are going to be behind on all your systems – no matter what you feed them.

“Although I’ve moved away from first-level research, I absolutely realise and appreciate the importance of research.

“Without more knowledge coming on stream – for suckler, dairy, sheep farmers and every other sector – we won’t improve and enhance our competitiveness on a global scale,” said John, who also outlined the need to tackle the threat of antimicrobial resistance.

“It’s an insurance policy against any incoming disease and to limit the use of antibiotics,” he said.

Despite moving on to greener pastures, John still intends to keep a close eye on his former flame.

It was difficult saying goodbye to the Derrypatrick Herd; I hadn’t expected to be moving on so quickly. I did get to implement two research projects and I’ll be looking forward to seeing the results over the coming years.

“The agricultural sector is a huge interest of mine so I’m excited to see what lies ahead,” he said.

Of course, his position as a high-profile GAA player with the ‘Lake County’ is sure to come in handy while he’s out meeting new clients over the coming weeks.

“It’s a good conversation breaker; you can find a common interest and talk about the GAA. But, at the end of the day, it’s about meeting customer needs and helping them maximise performance at farm level through the improvement of their animal health,” he said.

The dedicated sportsman, who is now based at MSD’s Leopardstown site in Co. Dublin, is also quite frank about where his priorities fall.

“Football is a hobby and it’s a passion; but there are huge demands placed on GAA players today.

For me, my career will always come first. I shouldn’t have to be taking time off work to meet my GAA demands.

“I am very career focused so yes, I will make my training sessions, but it’s nothing that MSD will need to worry about,” he said. 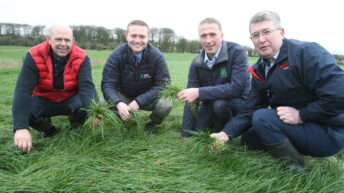