The payment of almost €500,000 under the Hen Harrier Programme has been welcomed by the Irish Farmers’ Association (IFA).

Commenting, IFA National Hill Committee chairman Flor McCarthy said: “This acknowledges the commitment of farmers to the scheme, which is having a positive impact in the Special Protection Areas (SPA).”

McCarthy said that the €25 million scheme, which is available up to 2023, is a key support for farmers with designated land.

However, more needs to be done to deal with the restrictions imposed by the EU Habitats Directive in Special Areas of Conservation (SAC) and SPA Natura areas, the chairman asserted.

“The National Parks and Wildlife Service (NPWS) must develop a compensation scheme that reflects the restrictions imposed by designations,” he said.

“For instance, forestry is not allowed in these areas, reducing income options for farmers.

“This has led to land devaluation, which is not in any way recognised by schemes such as GLAS [Green, Low-Carbon, Agri-Environment Scheme] or the locally-led schemes.

“This must be addressed by the incoming government,” McCarthy said.

Yesterday, Monday, May 18, Minister for Agriculture, Food and the Marine Michael Creed confirmed that the Hen Harrier Programme bonus payments will be made to these farmers “in recognition of their contribution to the very successful 2019 hen harrier breeding season”.

The payment, which comes on top of the annual scheme payment for farmers, is described as a dividend payment rewarding hen harrier presence and success on the farmer’s land last year. 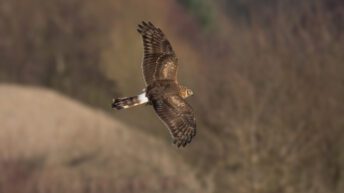