Gusts of up to 100kph expected along the west coast

Gusts of up to 100kph are expected in some counties along the west coast, as Met Eireann has issued a status yellow wind warning.

The warning has been issued for counties Donegal, Galway, Mayo, Clare and Kerry and it is set to be valid for a 24-hour period from 2:00pm today, September 28.

Southerly winds of between 55kph and 65kph are expected to affect Atlantic coastal fringes of the west and north-west, with the danger of gusts reaching 90kph to 100kph.

This wind warning comes on the back of a number of rainfall warnings in recent weeks. The most recent of which was issued earlier this week.

It indicated that up to 50mm of rain could fall over parts of Munster and Connacht – as well as counties Kilkenny and Donegal.

Conditions today are set to be overcast, with cloud set to build from the west. Outbreaks of rain and drizzle developing along Atlantic coastal counties are likely in the early part of the afternoon.

There is a danger that the rain will spread eastwards during the course of the afternoon and evening. Temperatures will reach highs of between 14º to 16º, Met Eireann added.

Later tonight, the rain is set to clear along the east coast. Most of the night is forecast to be dry and clear, with lows of around 9º.

However a few showers are likely to develop in the west and southwest. Winds will mainly be moderate to fresh and southwest in direction; but they will be staying strong to very strong and gusty along Atlantic coasts. 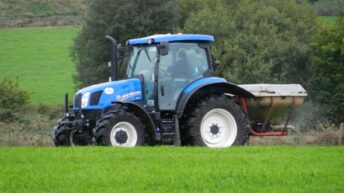