The company was awarded the ‘The Best French Company in Ireland’ by An Taoiseach Enda Kenny at a ceremony on November 24, at the Royal Hospital Kilmainham.

Venn Life Sciences and ECOCEM France were also among the awards, winning ‘Best Irish Company in France’ and the special award for ‘Impact on Climate Change’ repectively.

The awards have been organised by the France Ireland Chamber of Commerce (FICC) and NetworkIrlande for over 25 years.

The bi-lateral trade awards recognise excellence within the Franco-Irish business community and celebrate the outstanding work that the winning companies have made within their respective sectors.

Grassland Agro is a company borne of a merger between the French-owned Irish Timac and the Irish-owned Grassland Fertilizers.

Since its establishment in 2013, Grassland Agro has grown both in size and success with fertiliser plants in Limerick, Cork and Slane. 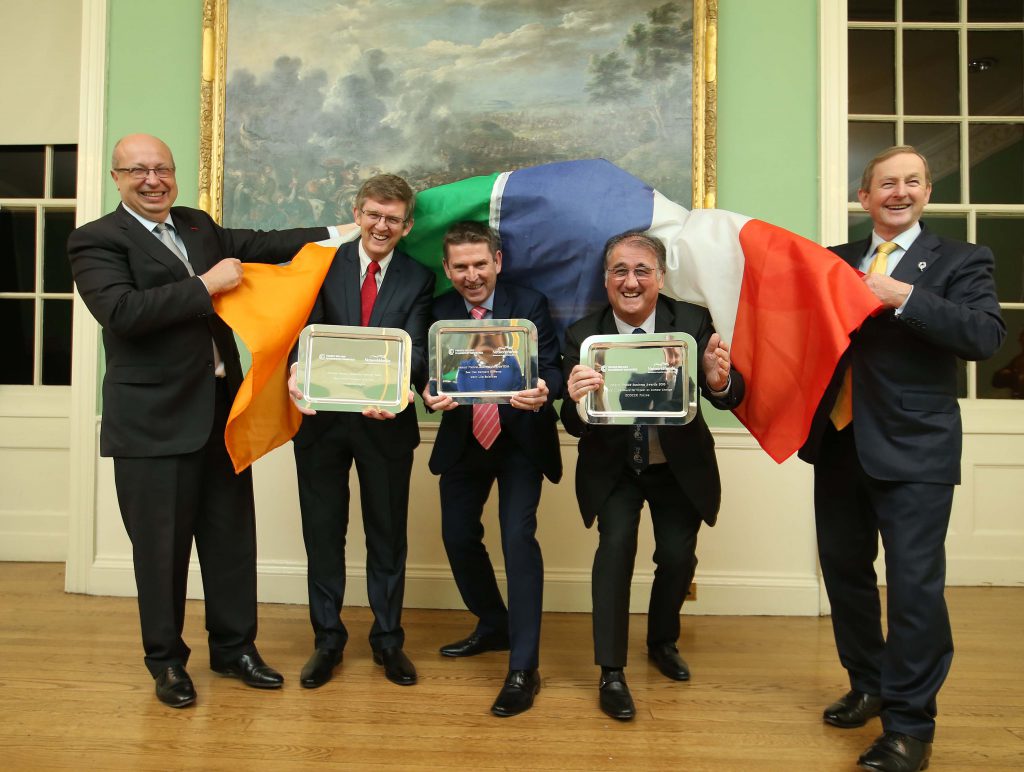 Venn Life Sciences, which was awarded ‘The Best Irish Company in France’, is a clinical trial management group with a headquarters in Dublin.

Venn has a team in excess of 200 employees across America and Europe and more than 50 of those are based in France.

Meanwhile, ECOCEM France, which is part of the Irish company ECOCEM Materials, was awarded the special award for ‘Impact on Climate Change’.

A Celebration Of Franco-Irish Business Success

The awards is an an important celebration of Franco-Irish business success, according to Managing Director of the FICC Cliona McGowan.

She believe the award winners offer inspiration to Irish companies considering business opportunities in France and French companies that are contemplating developing business links with Ireland.

Business links between France and Ireland have grown in numbers and value over the past few years reaching €8.9 billion in 2015.

“Though there are currently over 300 Irish companies operating in France which employ more than 20,000 people, I believe there is scope to drive this number higher.

“With the EU business landscape undergoing significant change in light of Brexit, now is the time to encourage and facilitate even stronger trade links between Ireland and France,” she said.