GLAS scheme not helping silage quality in parts of the country 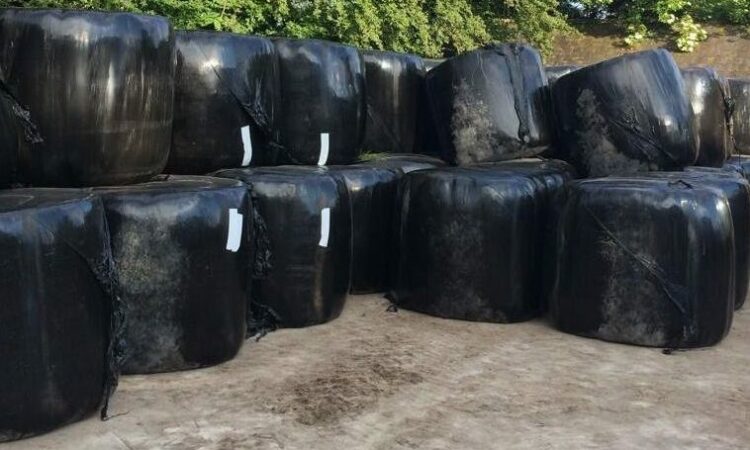 A significant proportion of the baled silage made in the north west this year is of very poor quality, according to Teagasc drystock advisor Tom Coll.

For the most part, this is because farmers in the GLAS scheme waited until July to cut meadows for hay but had no option but to bale it because of the bad weather, said the Manorhamilton-based livestock specialist.

“Much of this forage has a DMD in the region of 58. This is equivalent to the feeding value of straw and poses the question: was it worth making in the first place?

“During the last Beef Technology Adoption Programme (BTAP) 50 cattle and sheep farmers in this area undertook to test their baled silage and, leading on from this, committed to cut grass earlier in the season.

“They are continuing to see the benefits of cutting grass before it heads and getting better performance levels from their stock.”

Coll also said that many livestock farmers in the north west are facing the prospect of a fodder shortage this winter.

“Cattle were brought in during July, August and September with the result that many herd owners had fed up to a third of their silage stocks by the end of last month.”

“These people will not have enough fodder to get them through next winter. We are advising them to count the amount of bales currently in store. This figure should be divided by the number of days between now and May 1 with the number of bales rationed accordingly.

“Daily shortfalls should be supplemented by bought-in meals. We are not advising farmers to purchase baled silage, simply because the quality of the forage is unknown. Fodder beet is not an option for farmers in this part of the country because of the transport costs involved.”

When it comes to making, storing and feeding baled silage, Coll made the following points.