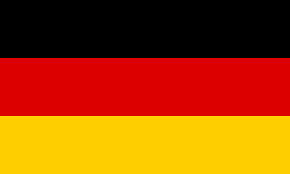 The View from Northern Ireland: The latest phase of the new food EU-funded export programme, Access 6, was today officially launched in the German market, with four Northern Ireland-based food and drink companies the first to benefit from the wide-ranging opportunities it presents. They will be joined by three companies from Ireland, and two from Scotland.

The four NI companies – Elliott’s Tradition, Portadown (sausages), Dragon Brand Foods, Strabane (Curry sauces), Echlinville Distillery, Belfast and Rainbow Foods, Cookstown (frozen foods) – form the German cluster of Access 6 and are joined with another five companies from the border regions of Ireland and Scotland, each selected on their suitability to the German food retail and food service sectors. The other Irish companies are Donegal Rapeseed Oil, Dan Kelly’s Cider and Kinnegar Brewing Company.

The ground breaking Access 6 programme aims to increase export sales by £19m sterling across 90 regional food and drink manufacturers over the next three years. This innovative cross-border programme is funded by the European Regional Development Fund under the INTERREG IVA programme and plans to create an additional 90 new jobs within the participating businesses, and up-skill a further 400 SMEs across the regions.

Launched in the British Embassy in Berlin, this important new phase of Access 6 also marked the appointment of Green Seed Germany, the international food marketing consultancy, which will act as official mentor to the companies within the German cluster.

Over the next 18 months, Green Seed’s team of experts will work in close partnership with the individual companies to assess, advise and prepare them for the launch of their brands to Germany’s diverse retail and food service sector which is worth approximately 236 billion in sales.

Bringing together Northern Ireland Food & Drink (NIFDA), Irish Exporter’s Association and Scotland Food & Drink, Access 6 is a major collaboration which aims to increase expert sales by £19m and create 90 jobs over the next two years.

Speaking at the launch event, which coincided with a major food trade exhibition hosted by the British Embassy, Harry Hamilton, the Northern Ireland project manager for Access 6 said: “This marks the start of an exciting new phase for the companies involved in Access 6, and in particular the appointment of Green Seed as our official partner for the German cluster group. The team’s expertise and know-how will ensure each of the companies is equipped with the knowledge, tools and confidence to capitalise on this diverse and expanding market. As Europe’s largest, with 82m consumers and growth of 3% in 2012 alone, the opportunities for exporting some of NI’s great food and drink products are exceptional.

Nicole Günther, Senior Consultant of Green Seed Germany, commented: “The timing is good for this project as the German market, the largest in Europe, has in recent years opened to new, innovative and international companies and products. In parallel, the food retail trade has shown an increase in gourmet food & drink categories with a polarisation resulting in growth at the premium end of the market and at the value-line lower end. In total, about a third of food & drink consumed in Germany is imported.”

Immediately following the launch event, the four NI companies will embark on a range of audits,  training modules and study tours, led by Green Seed, with the aim of enhancing their competitive advantage. The next crucial stage will involve meeting with potential channel partners which will include retailers and food service providers, with the long term goal of securing product listings.