Germany gears up for quota removal 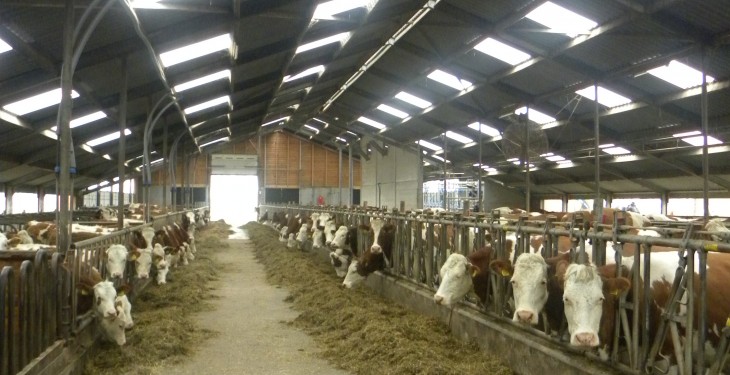 The May 2014 cattle survey in Germany indicated a rise in total dairy cow numbers, according to EBLEX.

It says the higher overall cattle numbers were influenced by developments in the dairy sector. EBLEX says the expansion in the milk sector and increased investment by producers can be attributed to the firm milk prices and the forthcoming end of the milk quota system from April 2015.

It outlines that dairy cow numbers were up by more than 2%, compared with a year earlier to reach their highest level in over 10 years. Heifers for breeding, one to two years and over two years, were both modestly up, suggesting further expansion in the dairy herd can be expected.

EBLEX also outlines that structural changes also continue in the cattle herd in Germany, again notably in the dairy sector.

It says the number of producers with dairy cows was down by well over 2% in May, compared with the year earlier. This is in contrast to a fall of less than 2% in the total number of cattle holdings and further confirms that larger German dairy farmers are continuing to gear up for the end of quotas by growing the size of their operations.

Germany is the second largest producer of beef and veal in the European Union. However, unlike other major beef producers, the industry is dependent upon the dairy sector, given the lack of a specialist beef suckler herd.The number of cattle holdings has now fallen 18% in just six years. Holdings with dairy cows are back almost a quarter, whilst those with beef cows are back 16%.