A fall in the number of winter liquid milk producers looks likely, as dairy calvings have dropped during the months of October and November this year.

October and November are two key months for winter milk calvings, but figures from the ICBF show that dairy births have declined by 9.38% or 4,936 head on the corresponding two-month period in 2015.

However the severity of the drop increased in November, with 3,552 fewer calves (-13%) born on Irish dairy farms compared to the same month in 2015.

This year’s fall follows on from a continued decline in the number of dairy farmers opting to calve cows during the back end of the year.

Over the past decade the number of dairy farmers choosing to operate this method of milk production has been in decline.

This change has occurred as many farmers have opted to move away from liquid milk systems to spring calving systems due to the lower costs associated with the latter method of production.

Despite the fall in dairy births during the months of October and November, figures from the ICBF show that dairy calvings have increased over the entire year.

Looking at the combined number of beef and dairy calvings so far this year, figures from the ICBF show that calvings have increased by 40,713 head (+1.85%) to reach 2.17m. 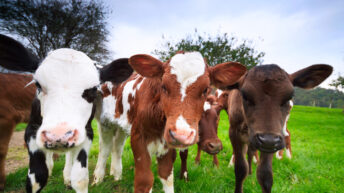 Irish dairy farmers will ‘seek to consolidate in 2017’