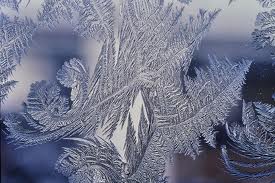 The weather for the coming week is set to remain dry on most days, however current forecasts predict it to be cold over the weekend.

Ireland has experienced lovely autumn weather at times over the past few weeks with above average air temperatures at times across the country. Of note though is that it has been exceptionally dry with ground conditions extremely good in most places going into the winter. This is in stark contrast to conditions 12 months ago.

Tomorrow is forecast to be a dry day across most of the country. Met Eireann says that rain will spread into western and northern areas during the day and will very gradually extend further south later in the evening and early night. Highest temperatures of 8 to 11 degrees Celsius are expected. Tuesday night will start of cloudy and misty, the rain is forecast to clear and colder weather will follow.

Met Eireann says Wednesday will be a cold, bright and dry day in many areas. Top temperatures of five to seven degrees are expected. A sharp or severe frost is expected in areas on Wednesday night with temperatures falling to between zero and minus two degrees.

On Thursday it is expected that there will be rain spreading southwards during the day with cold, windy, showery conditions following. Thursday night is forecast to be very wintry.

The cold weather will continue on Friday, according to Met Eireann. Wintry showers will be a feature particular in the north. It will be very cold with highs of only two to five degrees in many areas it will be warmer further south. A hard frost is forecast on Friday night.

At this stage Met Eireann says while there will be a good deal of dry weather over the weekend it will be very cold with frost expected at night.