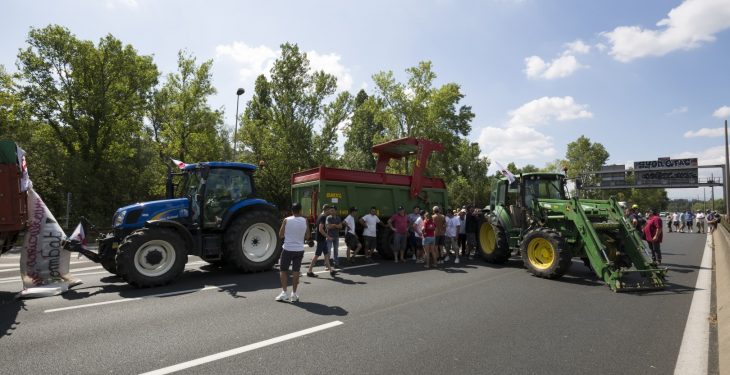 The processor is expected to ensure an average of around 27.5c/L is paid for milk supplied during 2016.

To achieve this, it is understood Lactalis will need to increase its price to nearly 29c/L for milk supplied between August and December.

The decision by the processor comes in the wake of significant farmer protest in recent weeks over the milk price paid by Lactalis.

Thousands of farmers have protested outside the family-owned firm’s headquarters in Laval, northwestern France, bringing hundreds of tractors, cows and trailers.

Farmers also carried out protests in supermarkets and called on consumers to boycott Lactalis products.

The French Government has provided extra funding to incentivise its dairy farmers to cut milk production in the coming months.

France received €49.9m in EU funding for the measure and this week its Agriculture Minister Stéphane Le Foll confirmed that the French Government would double that amount.

Le Foll says this matching contribution will strengthen the European measure of output reduction by providing an additional 10 cents per kilo unproduced.

To avoid a spike in the slaughtering of dairy cows and a destabilization of the meat market theFrench Government has said the national supplement will be limited to the first 5% of production cut by farmers.