More than 600 guests including farmers from all over Europe attended a major Keenan conference held in Dublin last week.  The conference and three days of celebration were at the heart of the delivery of the first commercial Keenan Easi-Feeder mixer wagon in 1983.

To celebrate the anniversary, a very special and unique ‘gold’ mixer wagon was produced to celebrate this important occasion in the company’s history.

Customers who had purchased a Keenan mixer wagon from September 2013 onwards were eligible to enter a draw to upgrade their current Keenan mixer wagon to the one-of-a-kind Keenan ‘Gold Mixer’ and receive a full refund of the net purchase price paid.

This fantastic prize was drawn at a glittering 30th Anniversary Gala Dinner by Agriculture Minister Simon Coveney, who was also the keynote speaker at the event.

When the winner was announced a great cheer went up from the French delegates, as the delighted winners were French dairy farmers, David and Clotilde Mesenge, who farm in a partnership at Couvains in Normandy.

David Mesenge said: “We could not believe that we had won the Gold Mixer Wagon, it took a couple of moments to sink in, and when I called my brother Christophe, who is my partner in the farm, he could not take it in either.”

The Mesenges milk 100 dairy cows, averaging 9,500 kg of milk. The cows are fed a maize-based single TMR diet, with grass silage, brewers grains and some alfalfa during the winter.

Mesenge added: “We have recently purchased our third Keenan mixer wagon, as we are very impressed with the quality and performance of the machine and the Mech-Fiber ration structure produced.”   He also said that they have no problems with acidosis or any other herd health problems.

“We are gearing up for the end of quotas in 2015, which will bring us opportunities to expand, and we have plans to increase the size of the herd and erect a new building,” explained Mesenge.  “This amazing prize will be an enormous help in reaching our goals.”

Gerard Keenan said: “We are delighted for the Mesenge family and offer them our hearty congratulations.  This anniversary gave us an opportunity to celebrate a milestone in our company’s history and to say a sincere ‘thank you’ to all our loyal customers.” 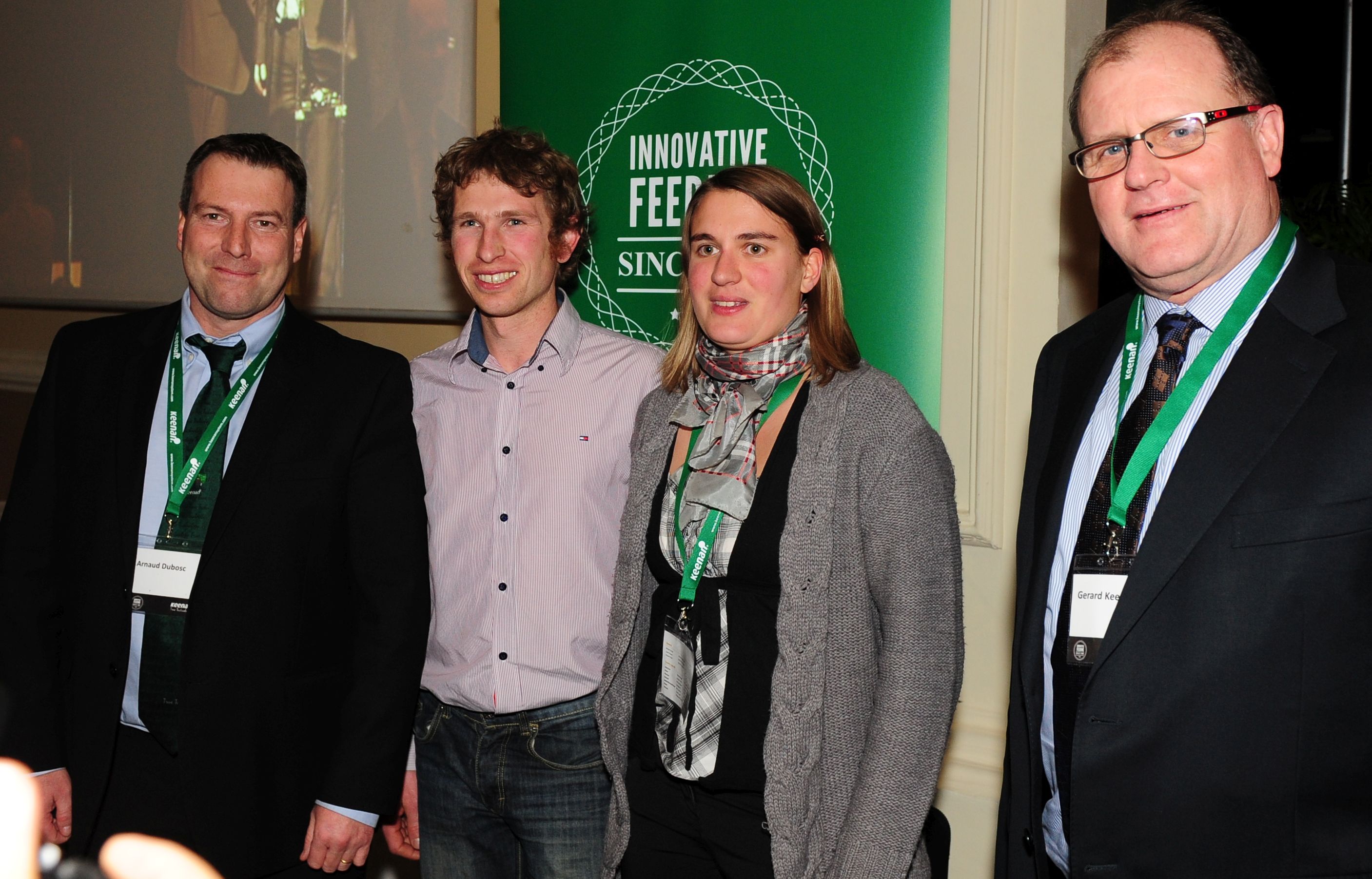 Pictured were Arnaud Dubosc, Keenan France with the winners David and Clotilde Mesenge, and Gerard Keenan.