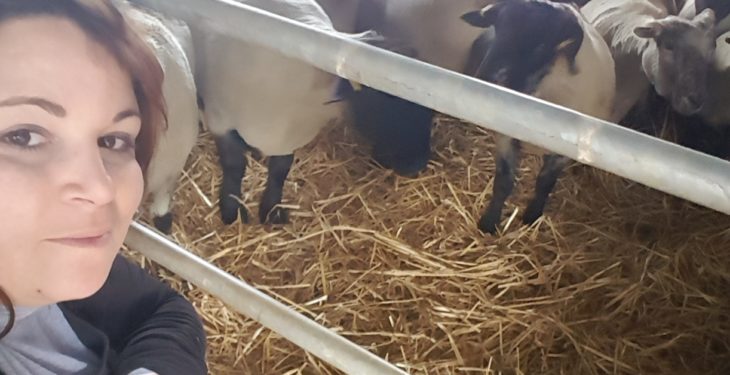 Dubliner Leonie Vella never thought she would join the ranks of Ireland’s female farmers. With a Bachelor of Science degree in Computing and qualifications in interior design, she was working in Rathnew, as as general manager for a bespoke kitchen and furniture company.

Then she found herself taking over the farming reins from her husband on January 5, 2015. “Stephen is an electrician by trade but had taken over the family farm of about 70ac in 2010. He went back to work as an electrician about this time three years ago.

“At that time, I was working full-time almost an hour away from home. His old boss from Dublin contacted him and asked him to return to electrical work. It was a good opportunity, one too good to miss.

“I was the principle breadwinner up until that point but it would be more financially viable for him to be working than me, so we made the decision that he would go back to work and I would stay at home.

“It wasn’t really daunting but I think that is because I was coming from a place of pure ignorance. I had no idea what I was getting myself into,” she said.

I had no idea the hard work that would be involved. Before that, my interactions with the farm had been mostly limited to standing in a gap – I don’t know how I managed that.

With no experience of farming, and hardly any dealings with the farm, and the sheep, it was a massive leap of faith to become a female farmer. “My husband had even been doing all the book work. It was so much work doing everything singlehandedly, but I didn’t appreciate that at the time.

“My main challenge was my lack of knowledge. I was thrown in at the deep end, there’s no question about that. I was straight into spronging silage, bedding, moving sheep and the like. By the end of the first week, I was exhausted. At the beginning, it was sheer force of will that got me through,” she said.

“I was lucky to be surrounded by Stephen’s family who were immensely supportive, as were our neighbours. They were so helpful and great at checking up on me to make sure I was doing okay with the day-to-day tasks.”

Advertisement
She has now happily adapted to her new role as a female farmer with a mix of Suffolk, Charollais and mules.

“I love the pace of farming and of working the land. It puts you in contact with the seasons, you are dependent on the weather and, of course, more time at home is great. Initially I struggled with not being financially independent and with not earning a wage, but at this stage I’m used to that.

“Farming is a lot less stressful than the bespoke kitchen industry and where you have stressful times, it’s about important issues rather than what could be perceived as  trivial ones – for example, flock and lamb mortality, rather than the correct finish tap going into somebody’s kitchen.

I have now been through my third lambing season, and really enjoy the cycle of the year, from tupping season through to lambing and beyond.

“As a child, I always said that I wanted to be a vet. I never imagined that I would end up working with animals as a female farmer,” Vella added.

“At the beginning, I felt like I was regarded with some curiosity by those in the farming circles. Now pretty much everyone is used to me, I think, making my trips to the vet and grain yard, the latter most often in my tractor. I am more used to being met with curiosity and casual chat.”

The couple’s son, Luke, who is seven, tends to like the idea of helping out around the farm, but currently prefers playing his computer games.

Meanwhile, there’s lots to plan ahead for on the farm. “We are always striving to improve our flock, and we want to grow our breeding stock numbers to about 400. When it comes to breeding, scanning and lambing time, we obviously want to sell as many lambs as we can.” 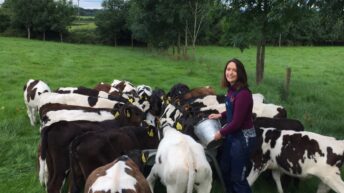