Independent TD Michael Fitzmaurice met with the Minister for Environment, Climate and Communications, Eamon Ryan and some of his senior officials, to discuss concerns around domestic turf cutting this week.

It was confirmed by the minister and his officials that people who cut turf for their own fire in their own home have no need to fear an upcoming public consultation.

Some reports over the Christmas period had indicated that the cutting and burning of turf domestically would be phased out as part of an upcoming public consultation around air quality and a proposal to regulate fuels. 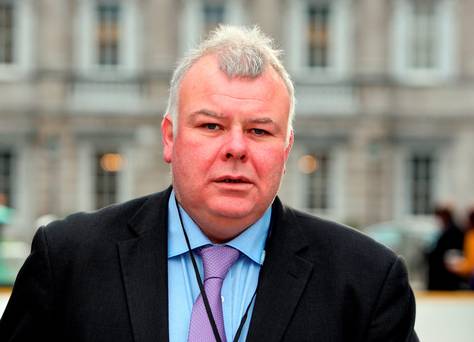 Speaking on the matter, deputy Fitzmaurice said: “I sought the meeting to clarify the situation and the minister, along with his officials, confirmed that domestic turf cutters who cut turf to burn in their own fires in their own homes have no need to be concerned.

They highlighted that the primary concern is around air quality levels and that the public consultation is just a step towards addressing the matter.

“As part of the consultation, there is a proposal to regulate the sale of fuels – such as briquettes, coal and timber – when it comes to their moisture levels or smoke content levels,” the deputy added.

The independent TD said that it was noted during the meeting with Minister Ryan that the sale of briquettes would be phased out eventually, which Bord na Móna has confirmed today (Friday January 15).

The timeline for ceasing production is 2024, with a potential for sales to stretch into 2025.

“Issues around the sale of wet timber were also addressed at the meeting with the minister and his officials and advisors. It was outlined that in some instances timber is cut and burned far too quickly – reducing the time it has for moisture levels to drop if it is not kiln dried,” added Fitzmaurice.

Traditionally, timber would normally be cut in early summer or even spring in order to allow time for it to season. There is a hope to regulate the moisture content levels of timber before it is sold to 20%, in line with levels in the UK.

Deputy Fitzmaurice, who is a turf contractor himself told the Green Party minister and his officials that if efforts were made to ban the cutting and burning of turf domestically then they would face an enormous backlash.

We all remember the battle that ensued when efforts were made to ban turf cutting on 53 raised bogs back in 2011 and 2012. One can only imagine the incensement and protests that would occur if the government tried to enforce a nationwide ban.

The Roscommon-Galway deputy feels that the number of households cutting and burning turf domestically would decrease of its own accord in the next decade or so, as people – particularly the next generation – move towards alternative technologies such as air-to-water to heat their homes.

“I will continue to monitor each step the department makes as part of this upcoming consultation, but I will not rush into making statements until clarity is received on a particular point,” Fitzmaurice added.

“Having liaised with members of the Turf Cutters and Contractors Association, they are satisfied with the clarification and agreed to closely monitor developments with the consultation.

As has always been their view, people who cut turf to burn in their own fire in their own home do not represent a major threat to the environment – and people throughout the country will continue to defend their right to this tradition.

Deputy Fitzmaurice has indicated that he has requested a meeting with senior Bord na Móna officials to get clarity on its plans for rewetting bogs.

“I have requested a meeting with Bord na Móna in order to get a commitment that they will continue to maintain boundary drains around bogs that are part of the rewetting project in order to ensure that neighbouring lands are not flooded as a result of the project,” he said.