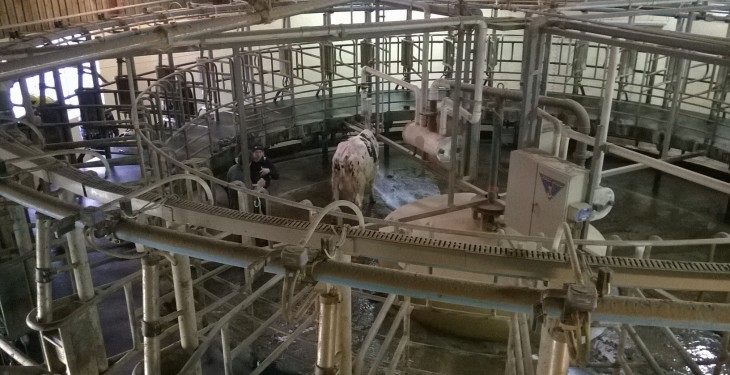 Firefighters had to be called to a milking parlour on a farm in Chester in England last week after a cow got trapped in a rotary milker.

Cheshire Fire and Rescue Service were called to the farm where the cow was trapped.

It is understood that the cow became trapped after it fell from the milking unit in the parlour.

Cheshire Fire Service said that a vet who was in attendance sedated the cow and the farm owner disabled the milk machine.

The electrics of the rotary milker were also isolated.

Fire crews from Chester removed the cow from the machinery using lines and straps.

The Cheshire Fire Service tweeted a photo of the trapped cow with the caption ‘Firefighters rescued a cow that was stuck in the middle of a milking machine in Chester’.

Firefighters rescued a cow that was stuck in the middle of a milking machine in Chester. https://t.co/x770pVOuAJ pic.twitter.com/h44tm25usd