Farmland prices continue to fall in the third quarter of 2016 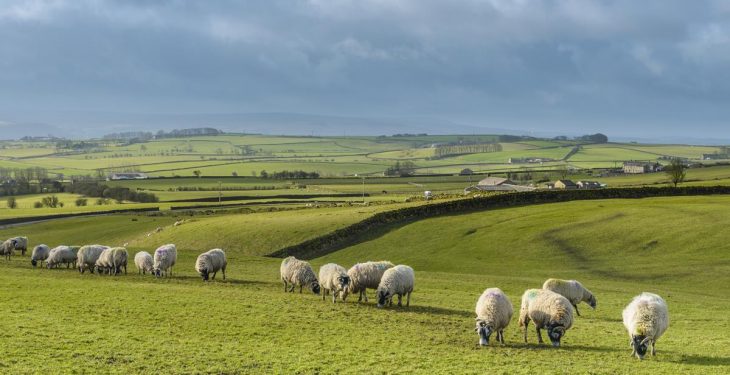 Following a challenging opening half to the year, prices in the agricultural land sector continued to fall in the third quarter of 2016, according to Sherry Fitzgerald’s latest Land Price Index.

It found that the average price of land across Ireland fell by a further 1% in the three months to September, bringing the year to date decline to 2.5%.

Compared to the same period last year, this differs notably from the 1.6% price growth witnessed.

At the end of September, the average price of farmland nationwide stood at approximately €9,550/acre; this compares to €9,800/acre recorded in the third quarter of 2015.

Farming and the agricultural food sector have endured a difficult time over the past year, primarily due to the prolonged weakness of commodity prices coinciding with adverse weather conditions, analysts at Sherry Fitzgerald have said.

Reflecting the ongoing volatility and challenges within the farming sector at present, regional variations persist in land values.

According to Sherry Fitzgerald, the south west was the largest contributor to the decline in all types of agri-land values in the quarter.

Notably, all regions witnessed downward pressure over the past 12 months, with the exception of the midlands and Dublin, where the average price per acre remained stable year-on-year.

An analysis of the type of land on the market by Sherry Fitzgerald reveals that prime arable land remains the most challenged.

Again, the most notable price fall in prime arable land over the year was in the south west region, dropping by 6.8% in the 12 month period.

With tillage farmers particularly struggling this year with a poorer production of crops and grains, analysts at Sherry Fitzgerald have said that this has led to a weaker demand for land reinvestment, coupled with farmers being forced to sell for a lower price per acre than they would have hoped to achieve.

Meanwhile, prime grassland values fell nationally by 0.9% in the three months to September, to stand at approximately €10,700/acre; a year-on-year decline of 2.9%.

The south west and border regions were again the largest contributors to this fall.

Notably, this annual decline largely contrasts with the 2.4% growth rate recorded in the same period last year, according to Sherry Fitzgerald.

Looking at the price trend for marginal grassland and the poorer quality grassland, is moving downwards in price, albeit more moderately.

The Land Price Index found that the average price per acre declined by 0.5% in the quarter and by 1.6% year-on-year, with marginal grassland values nationwide averaging €6,600/acre.

Given that this is a low base, Sherry Fitzgerald said that any movement in marginal grassland values over the past year has been very minimal.

Activity in the agricultural land marketplace

Meanwhile, a survey carried out amongst over 50 agents nationwide on activity in the agricultural land marketplace reveals that over 80% of respondents believe supply levels, activity levels and buyer sentiment have either remained stable or decreased during the third quarter of 2016.

Sherry Fitzgerald has said that this may be largely attributable to uncertainty amongst farmers regarding income volatility, buying capacity, and trade competitiveness following the Brexit referendum in June.

The subsequent weakening of the Sterling may also have be a contributing factor to this and together they may delay farmers’ plans to buy land.

In time, some stability may come back to the land market, with the income averaging scheme addressing the current issue of income volatility, analysts say.

This scheme means that in a poor year, farmers can defer the tax liability owed and pay only the tax due for the current year; which would go somewhat towards helping the cash-flow shortages experienced in Irish farming at present, Sherry Fitzgerald said.

Commenting on the market, Roseanne De Vere Hunt, Sherry FitzGerald said that quarter three has seen a decline in land prices once again.

“However this in turn will gave way to opportunities for farmers to look at purchasing land at an affordable level, which may increase activity for the fourth quarter and into next year.”

Don Brennan, Sherry FitzGerald Brennan Busteed, Bandon, said that in the south west area, we are currently witnessing a correction in agricultural land prices, with local land parcels transacting for slightly less than what would have perhaps been achieved per acre 12-24 months ago.

“While farmers are still willing to pay a premium for neighbouring land, generally, buyers are more cautious and observing the marketplace.”