Farming is officially cool – as Madonna buys a farm 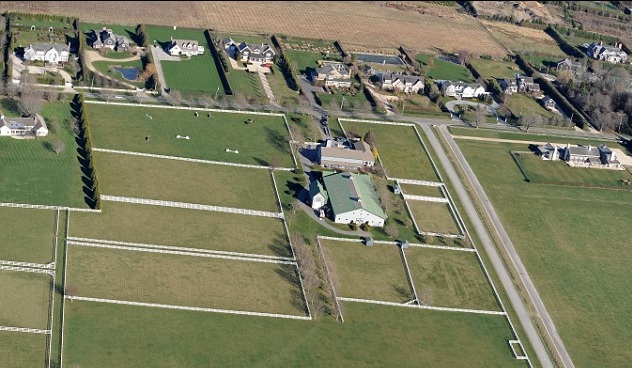 It’s official folks, farming is officially cool; Madonna has bought a farm in the US for $2.2m.

However it is not all rosy for the material girl, as she is getting grief from her new neighbours that she just bought the farm for tax purposes.

Neighbours are saying that the purchase of the farm is a ruse and that she only bought it for tax breaks and its because it will shield her from the paparazzi, the paper reports.

A farmer in East Hampton, where the farm is located, said that it’s a front and a fraud; that she should be ashamed for stealing from taxpayers, the Daily Mail reports.

The paper reports that she is to build a tree nursery on the land, with neighbours suggesting that the bushy nursery would be the ideal way to prevent press from getting the right photograph her in her eight-bedroom mansion.

Sale of the land was pushed through by Suffolk County last year and since then, a crew of workers has been seen planting several tree varieties on the grounds, it says.

The purchase of the taxpayer-owned land in Bridgehampton will now collect multiple tax benefits because of her ‘agricultural’ use of the land, it says.

Suffolk County Planning Commission Director Sarah Lansdale has said that Madonna must follow their guidelines which include not ‘building on it.’

However, she is allowed to use it for the production of commercial purposes or agricultural products, it says.

Madonna’s farm is eligible for the county tax break for farms which could mean that she will pay only $2,260.28 a year in local property taxes for the 24 acres, the Daily Mail says.

Let’s hope the singer doesn’t get too hung up on what her neighbours think!