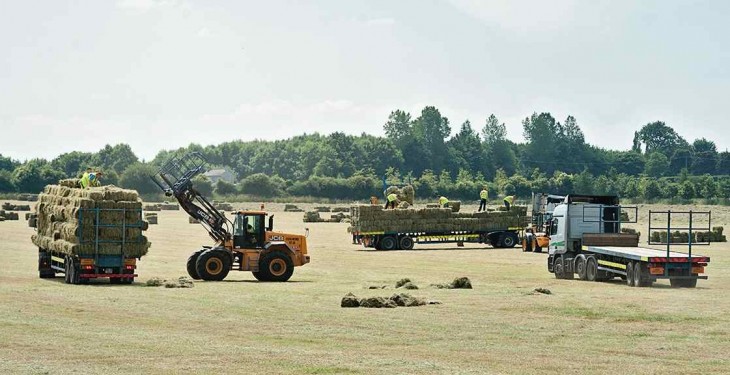 It’s Ear to the Ground time again, tonight on RTE One 8.30pm #Ettg

This week the team visits a young jockey from Antrim, who was paralysed after a racing fall and is determined to return to farming; a visit to the world-class and Irish farming gem that is Coolmore Stud; and a look at the storm damage caused to forests in East Cork.

Last March, life changed forever for Jonjo Bright, an up and coming young jockey from Antrim. He was paralysed in a racing fall. One year after his life altering accident, Ella Mc Sweeney travels north to meet this awe-inspiring young man.

Completely paralysed from the neck down, doctors told Jonjo that he would never be able to use his arms or legs again. Thanks to The Irish Injured Jockeys Fund, Jonjo has the best possible treatment and care to help him recover.

Last October, they raised more than €800,000 on a single racing card in Limerick. Jonjo has refused to accept defeat and is working hard to regain as much mobility as possible.

While working hard against all odds, Jonjo has returned to his other love; farming. This remarkable young man tells Ella about the enormous impact his accident has had on his life, his determination and his passion for farming.

Coolmore, County Tipperary is synonymous with horse racing and a passion for producing world-class thoroughbred horses. Behind this lies a massive farming operation that helps to produce Coolmore’s Grade A winning horses.

At more than 7,000 acres in the Golden Vale Coolmore is Ireland’s biggest farm, producing over 100,000 bales of hay a year for their horses. On one of the warmest days on record last summer, Darragh Mc Cullough traveled to Tipperary to witness the spectacle that is Coolmore’s enormous hay harvest.

This winter Ireland has been ravaged by a series of ferocious storms. People across the country are still dealing with the trail of destruction they left in their wake.

One of the starkest reminders of the powerful storms is the thousands of damaged and fallen trees littering the countryside. David Law, a tree surgeon in East Cork has been working from dawn to dusk since the last storm passed to clear up the mess and prevent any tragic accidents.

Helen Carroll rises at dawn to face her fear of heights and get to work with this fearless tree expert.