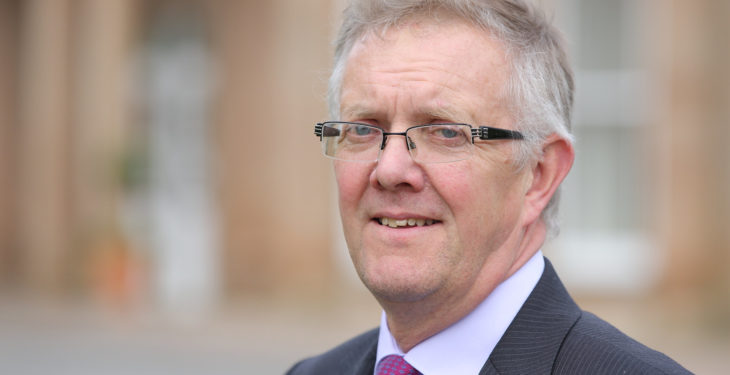 Ferguson said the ‘B’ word had barely been mentioned at either of the first two roadshows.

‘A long way down the line’

He said: “It might be surprising, but Brexit has hardly been mentioned on either of the first two nights.

“It’s all very well worrying about Brexit, but the reality is that it is still seen as being a long way down the line by many farmers.”

He explained members were using discussions to focus on more immediate challenges – such as increasing TB levels, the recent flooding and the recommendations to tackle ammonia.

If your cows go down with TB tomorrow and you lose the whole herd then whatever way Brexit pans out hardly matters.

But while farmers may be tiring of Brexit discussions, the fact remains that the sector will be one of the most affected by the UK leaving the EU due to potential changes to trade, subsidies and future agriculture policy.

Ferguson said that it was “disgraceful” Northern Ireland’s assembly was not representing the region’s interests at this critical time in Brexit discussions but added the the union had continued to meet with government officials in Westminster.

A poll held at this year’s Oxford Farming Conference found that more than two-thirds of those in British agriculture would vote to remain if the UK’s EU Referendum took place now.

The poll gave attendees two options – remain or leave – and asked respondents how they would vote if the Brexit Referendum took place today. The question was asked on an app for conference participants.

The theme of this year’s UFU roadshow ‘Farming and the Environment’ is fitting as Defra Secretary Michael Gove announced at the Oxford Farming Conference that future UK farm subsidies would be tied to public access and environmental measures rather than an “inefficient system”.

The roadshow theme has generated a lot of debate with two environmental representatives attending each of the nights. 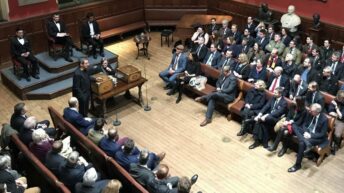