Farmers in the North hit by flooding to benefit from £1,000 relief 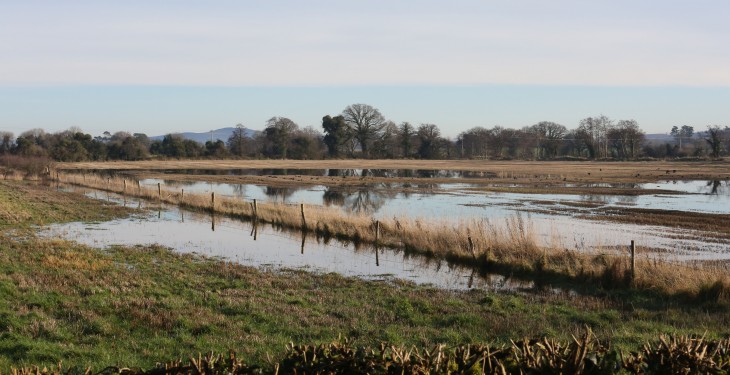 Farmers in Northern Ireland affected by the recent flooding will be able to apply for £1,000 financial aid under a new package of measures, the North’s Minister for Agriculture, Michelle O’Neill has announced.

The scheme was developed following a commitment made by Minister O’Neill when the North’s Executive met on January 21.

DARD has said that this is a one-off programme which will provide £1,000 to many organisations which were significantly impacted by recent exceptional flooding.

It will assist those responsible for non-domestic properties – including small businesses, farms, recreational and community buildings and places of worship – who have suffered severe inconvenience as a result of the recent flooding.

To be eligible for the Emergency Financial Assistance Scheme for non-domestic properties there are a range of criteria that must be satisfied:

1. The claim is eligible where a loss incurred was not insurable;

2. Only small businesses can apply (employing less than 25 people);

3. Farm businesses will include farmyards and land farmed by the business;

4. Farmland must have been underwater for at least 14 days and incurred additional cost due to reduced productivity or unplanned sward restoration / reseeding work;

5. Businesses must have been unable to operate due to constrained access for at least 14 days; and

6. Businesses must be able to demonstrate a remedial cost to the business of at least £1,000.

“This is the latest in a package of measures which demonstrates the Executive’s commitment to supporting those affected or threatened by flooding.

“I have long held the view that flood prevention must be the priority and that is why, in January, I launched the Homeowner Flood Protection Grant Scheme which is a £1m scheme to help people who wish to protect their homes from flooding.

“The scheme will provide 90% funding to owners of residential properties at risk of flooding to install physical barriers and equipment to help reduce the impact of flooding on their homes.”

I also extended this scheme more widely to ensure small businesses and farmers get help to protect their properties from the impacts of flooding.

“Work on the business case has started and I expect this scheme to be available later this year.”

In January, the Executive secured £1.3m of additional resource and decided to use this to fund preventative measures and prepare for future flood incidents.

The Minister said that she hopes that the Emergency Financial Assistance Scheme for non-domestic properties will help repair damage and restore normality to those impacted.

Welcoming the news, the Ulster Farmers’ Union Deputy President, Barclay Bell, who visited farmers in the areas affected, said that while farmers had done their best to cope with the conditions, damage in some cases had been severe and costly.

“We are fully aware that this grant will not cover the cost of damage in some cases but it is a gesture at a time when unexpected bills for flood damage are appearing on top of the cash crisis facing many farm families.”

It is clear that what we had this year cannot be written off as something that is inevitable in these areas.

“It creates havoc for people’s normal day-to-day activities when the floods are there, and when they are gone the damage they cause is still there for farm businesses.

“There has to be a coherent inter-department plan by the Executive to tackle this problem in both the short and long term,” Bell said.