A farmer has been found dead on his farm in Cootehill, Co. Cavan earlier today according to the Health and Safety Authority (HSA), which has launched an investigation into the death.

The man was found in a drain where he is believed to have been working alone, carrying out fence repairs at the time of death.

It is possible that he drowned in the drain, though this has yet to be confirmed, with death by natural causes another possibility.

This is the latest in an alarming number of farm fatalities to occur this year. Just last week, a man was killed on a Co. Cork farm, when the trench he was working in collapsed.

Named locally as 33-year-old Denis Cullinane, the man was working in a 5m-deep trench when the accident occurred.

Advertisement
It is believed he was helping a neighbouring farmer to lay pipes in a field to improve drainage when tragedy struck.

Once his body was recovered, a doctor is understood to have pronounced the man dead at the scene and he was removed to Cork University Hospital.

Previous to this, a 67-year-old man, Tony O’Malley, was killed in an accident involving a quad in Co. Mayo on Thursday, September 21.

In that same week, Martin Kehoe Jnr – son of three-time world ploughing champion Martin Kehoe – died while working in or around a molasses tank in Foulkesmills, Co. Wexford.

Prior to that, one man – Gary Askin – lost his life and two more were hospitalised following an incident in a mushroom processing plant in Co. Monaghan on Monday, September 13. 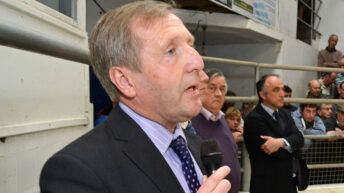