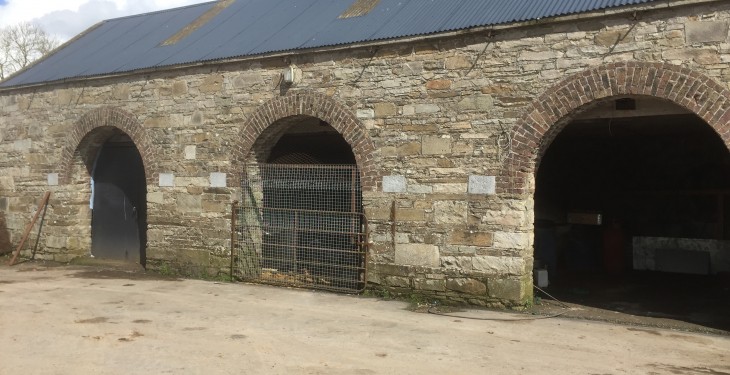 Farm buildings and yards are set to be included, for the first time, in the Office of Public Works’ (OPW’s) Minor Flood Mitigation Works and Coastal Protection funding scheme.

A number of other changes to the scheme were recently announced by the Minister of State with responsibility for the OPW and Flood Relief, Sean Canney, following a review.

The scheme, which has been in place since 2009, aims to provide funding to local authorities to carry out localised flood relief works, according to Minister Canney.

Works carried out under the scheme provided protection to communities during the severe flooding in 2015 and 2016, he added.

The minister is “determined” that as many communities as possible will benefit from any further works that can be carried out.

Changes to the scheme

The review involved consultation with local authorities and other stakeholders, including the Irish Farmers’ Association (IFA), Minister Canney said.

As a result of the review, the upper financial threshold has been increased from €500,000 to €750,000 per project. Farm buildings and yards will also be included as commercial premises in all categories.

“Other improvements include: lowering the benefit-to-costs ratio for smaller projects; improved benefit allowances for different property types; and updated methodology for diverted journeys due to flooding.

The scheme has been very successful to date in facilitating the carrying out of a whole range of works and studies by local authorities throughout the country.

“Since the scheme was introduced, over €38 million in funding has been approved in respect of over 600 applications from local authorities for projects to protect an estimated 6,000 homes from flooding,” Minister Canney said.

All local authorities have been contacted by the OPW with details of the revised scheme; the revised criteria will be available shortly on the OPW’s website.

The success of the scheme is “in no small part” down to the valuable work being carried out by the local authorities in helping to address the more localised flooding problems in the country, Minister Canney concluded.

Meanwhile, the IFA’s Flood Project Chairman, Padraic Joyce, has welcomed the changes to the scheme.

“Farmers and farmland had been discriminated against in the benefit-to-costs analysis, as the calculation of benefits to determine whether funding was made available for flood defence works – or measures to alleviate flooding – did not account for the agricultural losses resulting from flooding,” he said.

It is important that the benefit-to-costs analysis recognises agricultural losses, as projects were being turned down on the basis that they did not meet the old criteria, Joyce added.

The IFA is set to meet with the OPW over the coming days in order to get further clarification on the issues involved; the association also hopes to ensure that the projects previously turned down will now get the green light.

Where is the most profitable farming region in Ireland?