Factories desperately struggling to get numbers this week – IFA 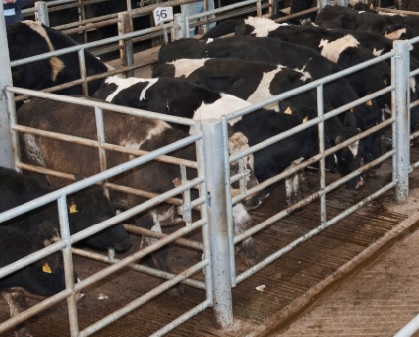 Grass cattle are completely gone and factories are desperately struggling to get numbers this week according to IFA National Livestock Chairman Henry Burns.

With this being the case, Burns says beef prices are continuing to rise with farmers holding out strongly for higher prices

Henry Burns said factory agents are saying farmers are not prepared to part with cattle unless they can offer a base of €4.00/kg.

“Agents are also saying they simply can’t get the cattle and the price will have to kick on again,” he said.

The IFA Livestock leader said paid prices are up another 5c/kg this week, despite the quoted price for steers being €3.85 in some places, prices of €3.90 to €3.95 are more freely available and up to €3.98 in places. For heifers the quoted base price of €3.90/kg is failing to buy the numbers of heifers needed, with factories having to pay €3.95 freely and up to €4.00/kg plus to get stock.

Henry Burns said the IFA protests have shown the strength of farmers and their determination to force the factories and the Minister on price and specifications. He said farmers are standing together and are not prepared to accept the quoted prices when they know more is on offer. ”Farmers are digging in hard and holding out for higher prices.”

He said demand in our major export market in the UK is very strong with UK cattle prices continuing to rise. He said UK cattle prices are up 34c/kg since August and while Irish prices have increased 20c to 30c/kg in recent weeks, they have a long way to go to make a greater impact on closing the unprecedented price gap between Ireland and the UK.

The IFA Livestock leader said producers are in a much stronger position to hold out and insist on higher prices, with cattle in sheds at this stage. In addition he said the costs associated with cattle coming out of sheds are so much higher, these producers need to see the price continuing to rise.

Henry Burns said Bord Bia are reporting some seasonal lifts in cattle prices and beef demand in both the UK and across the main European markets. He said Bord Bia report the R3 steer price in Britain at the equivalent of €4.77 incl vat for week ending Nov 16th. In Northern Ireland the R3 steer was making €4.64/kg. Across EU markets R3 steers were making €3.94/kg in France and €4.06/kg in Germany. R3 young bulls are making the equivalent of €3.85 in Italy and Germany.